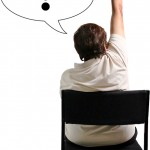 Williams syndrome is a neuro-developmental genetic disorder caused by gene deletion estimated to have a prevalence of 1 in 7,500 to 1 in 20,000 live births. Previous studies have identified anxiety as part of the behavioural phenotype of the syndrome

The authors of this US study set out to look at the effectiveness and adverse effects of antidepressant, anxiolytic (anti anxiety) and antipsychotic medications in individuals with Williams syndrome.  They conducted a survey with 513 parents/caregivers to look at medication usage.
What they found was

In the survey, respondents described paroxetine (anti-depressant) as the least helpful.

Clearly these results rely on reports from parents and caregivers, but they do identify the scope of further studies of medication usage which could look at impact and self report.

Last reply was February 12, 2013
Try out our members features!