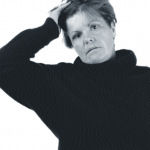 In 2003, Mencap surveyed seventy six families from across England and Northern Ireland to ask them about their experiences of supporting their relative with a learning disability and short breaks services.

That original survey suggested that 8 out of 10 families surveyed reported they had reached the point of crisis in their caring relationship as a result of not getting enough short breaks.

The latest report, released last week shows that the situation has not changed at atll, and that exactly then same number of families – 8 out of 10, report they have reached, or are close to reaching, breaking point

The report’s authors point out that there has been an investment by government in short breaks services of £1.2 billion, but the lack of ring-fencing has meant that not all the money has not been spent on the services it was supposed to support.

The survey found that

A break of just a few nights a month can be the difference between being able to cope with the responsibility of caring for someone with a learning disability and reaching a crisis,”

You can read the full report here:
Breaking Point A report on caring without a break for children and adults with severe or profound learning disabilities, Davies J, Mencap, 2013.