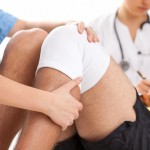 A few of our Elves work with patients who have had surgery because of a torn knee cartilage (meniscus). These semicircular cartilage discs have an important role in shock absorption, force distribution and stability as well as providing nutrition for the articular cartilage. Most meniscal surgery now involves resection, where the torn piece of cartilage is trimmed back to a stable rim.

However, in the past and in some cases today, the whole or most of the meniscus was removed (meniscectomy). Since 1998 there has been growing awareness that removal of meniscal tissue may be associated with increased risk of radiographic arthritis and knee pain (Roos, et al.,1998).

Meniscal allograft transplantation (MAT) using a human donor meniscus (allograft) was developed to treat the symptoms of joint overload following meniscectomy. We were interested to find out more, as were the authors of this review.

The authors searched Medline, PubMed, EMBASE and Cochrane Central for studies evaluating the clinical or radiological outcomes of MAT. They included peer reviewed level 1-4 studies published in English with no less than 10 patients, a minimum follow up period of 12 months, and a follow up rate of at least 80%. Methodological quality was assessed using the Coleman methodology score.

MAT is indicated in young or middle aged patients with joint-line pain due to meniscectomy in a well aligned and stable knee without diffuse arthrosis.
MAT seems to provide good clinical results at the short and medium term, with improvement in knee function and acceptable complication/failure rates. 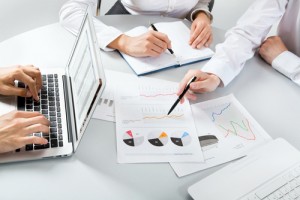 Although emerging evidence supports meniscus sparing surgery, cases are still likely where resection of large portions of damaged meniscal tissue is required to address mechanical symptoms such as locking and instability . This review suggests that despite the quality of studies there is evidence to support the use of this technique in a very specific group of patients. Agreement on best management after surgery is an important area that needs addressed.

Have you had experience of treating patients who have undergone this procedure?

What rehab protocols have you used?