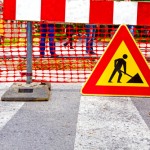 Over the last twenty years exciting and innovative developments in the management of full thickness articular cartilage lesions provide a glimmer of hope for the prevention or slowing of arthritic change in joints with these defects. From the early days where cultured chondrocyte (cartilage) cells were transplanted under a periosteal flap sutured over the lesion (Brittberg et al. 1994), to more recent advances using biodegradable polymers as temporary scaffolds for transplanted cells, results suggest this treatment is effective and long-lasting. Matrix-assisted autologous chondrocyte transplantation (MACT) is the most recent commonly described surgical approach.

The aim of this study was to analyse how failures of this particular technique are defined in the literature and how published survival rates may change when different definitions of failure are applied to results.

Stage 1 Ninety three studies met the inclusion criteria: eight RCTs, 12 comparative studies, 65 case series, and eight case reports. Mean failure rate at a mean 34 months follow up was 5.2%, ranging from 0%-27%. However 41 studies did not consider failures in their results analysis and when these studies were excluded failure rate rose to 7.6%. In the 21 studies (n= 856 patients) reporting time to failure, 55 of these (53%) occurred within two years. The authors found wide variation in the definitions used to identify failed procedures across studies.

Stage 2 For the survey data, failure rate was evaluated and reported according to the following failure definitions:

Statistical significance was set at p <0.05.

Thus although the literature analysis showed a low rate of failures, the survey findings indicated that when comprehensive definitions are applied the failure rate of surgery is higher than previously reported.

“Failures should be analysed and documented with a uniform and comprehensive definition which should also take into consideration the patient’s perception of the outcome, not just the surgeon’s or researcher’s point of view, to identify unsuccessful cases correctly.”

Stating an emphasis on failure would not undermine the substantial research and clinical progress made in this evolving field but give better understanding and more realistic prognosis to patients and clinicians, the authors proposed the following combined surgical and improvement based definition of failure based on their findings:

“If patient-reported overall knee condition score failed to remain stably improved (>10 points) from baseline to final follow-up during two consecutive one-year interval, or if the patient needed a revision surgery with an active manipulation at the transplantation site”. Implementation of the proposed definition of failure is likely to change the mean failure rate across studies from a mean 95% success rate to 75%, which although still high is a  significant drop. The definitions proposed by the authors take into account both surgical and patient specific outcomes and would provide both parties with a realistic idea of the  risk of failure associated with the procedure.