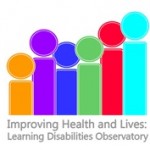 This update from the improving health and lives public health observatory updates previous work from 2008, where estimates of future need for services for people with learning disabilities were made.

The current report estimates the need for adult social care support for people with learning disabilities in England for the period 2009-2026.

The new model suggests sustained growth in the need for social care services with average annual increases varying from 1.2% to 5.1% (average 3.2%).

Other key points emerging from the report are: