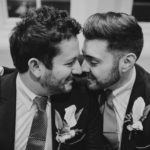 It’s been nine years since King and colleagues published their systematic review on mental disorders, suicide and self-harm in lesbian, gay and bisexual (LGB) people (King et al., 2008). Since then it has been cited 454 times, highlighting the interest and importance of the topic of the mental health of lesbian, gay, bisexual, transgender, queer and intersex (LGBTQI) people.

A new review and meta-analysis published in the British Journal of Psychiatry (Miranda-Mendizabal et al 2017) has updated this work by describing the risk of suicide attempt and suicide in LGB youth, while also seeking to identify specific risk factors for suicidality in this defined group. 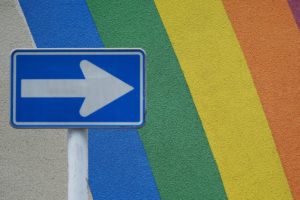 What are the specific risks factors for suicidality in young LGB people?

This method aimed to improve on the 2011 Marshal et al review, and did this by including suicide as an outcome, identifying risk factors for suicidal behaviour, using a broader age range, and including papers up to June 2015.

The authors used Meta-analysis of Observational Studies in Epidemiology guidelines for systematic reviews, the Newcastle-Ottawa Scale for quality assessment of included studies, and random effects statistical models due to the degree of heterogeneity.

They identified 14 articles. Quality of the studies was generally high, with little evidence of publication bias. 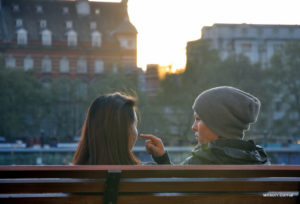 This review confirms what previous reviews have told us: young LGB people have a two-fold increase in risk of suicide attempts.

The authors used rigorous methods to conduct the review and meta-analysis. Their findings were cautiously interpreted, and they rightly concluded by calling for more longitudinal studies to describe the role of putative mediators (such as victimisation, stigmatisation and discrimination), and to improve our understanding of the causal pathways between sexual orientation and suicidal behaviour.

We had two minor criticisms of the paper, and one wider concern about the focus of research in this field:

What their review does do, however, is highlight the imbalance of systematic reviews versus primary research on this topic. Our sense was that four systematic reviews within ten years have provided adequate evidence of an increased risk of suicide-related outcomes in LGB youth, and that we should now hold off on conducting further reviews and focus efforts on conducting primary research to find out why this risk is elevated. Without knowing why, it is unsurprising that Meader and Chan’s linked editorial (2017) identified the dearth of evidence on preventive strategies. 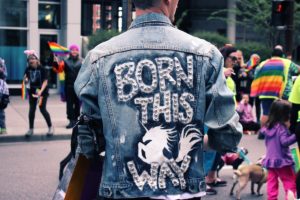 Listen up researchers! Now’s the time to conduct primary research investigating risk and protective factors for LGBTQI people in all age groups.

The review’s authors use minority stress theory to explain the observed associations. This identifies the role of external stressors such as victimisation and discrimination or stigma, and internal stressors such as internalised homophobia. Most discourse on this topic has focussed on the impact of homophobic bullying in schools, yet this does not emerge from the review. The National Confidential Inquiry (PDF) report on suicide in young people found that a quarter of LGBT young people who had died by suicide had been bullied (NCISH, 2017). A recent survey of LGB young people in British schools found that 55% reported experiences of homophobic bullying in school; a fall of only 10% over 5 years (Guasp, 2017). This problem was largely unaddressed: 60% said that teachers who witness the bullying never intervene (Guasp, 2017). Meader and Chan’s linked editorial (2017) cites Canadian evidence that positive school environments (with policies prohibiting homophobia) are associated with a reduced risk of suicidal ideation and attempts (Saewyc et al, 2014). They suggest that services to address the specific needs of LGB young people might overcome barriers to help-seeking.

Social exclusion and humiliation are concepts at the centre of psychological theories of suicide (O’Connor et al, 2012), and it is easy to see how suicidality might arise in these marginalised youths. Yet home environments may be more toxic than schools. Crucially, Miranda-Mendizabal et al’s review identifies a neglected issue; that of parental attitudes. Three of the five risk factors they describe relate to family dynamics. As a recent BBC documentary on the experiences of lesbian, gay, transsexual and transgender (LGBT) adolescents reflected, parents sometimes struggle with their children’s sexuality. Parental homophobic attitudes clearly require further exploration, including qualitative work to determine what interventions are likely to be acceptable. 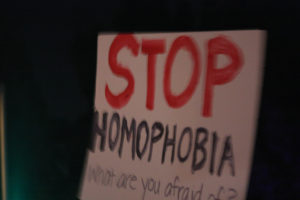 Parental homophobic attitudes clearly require further exploration, including qualitative work to determine what interventions are likely to be acceptable.

Practitioners remain in the dark about how best to address the problem of suicidality in LGB adolescents. This applies even more so to transgender and intersex youth, who are under-researched and may face particular problems of bullying due to their greater visibility as targets. Big data is not the answer, as the practice of sexual orientation monitoring is not widely embedded in routine data collection. We need to hit pause on conducting reviews and instead focus on primary research investigating risk and protective factors for LGBTQI people in all age groups. Only then can we work towards developing interventions to address modifiable risk factors, and progress towards reducing suicidal behaviour in LGBTQI people throughout the life course.

If you are experiencing suicidal thoughts or feelings

If you are experiencing suicidal thoughts or feelings, support is available from the following organisations:

Samaritans offer a 24 hours a day, 7 days a week support service. Call them FREE within the UK or the Republic of Ireland on 116 123.

If you live outside the UK or the Republic of Ireland, we recommend finding a local Crisis Centre on the IASP website

Guasp A. (2017) The Schools Report: The experiences of gay young people in Britain’s schools in 2012 (PDF). Stonewall

National Confidential Inquiry into Suicide and Homicide by People with Mental Illness (NCISH). (2017) Suicide by children and young people. Manchester: University of Manchester, 2017

Last reply was February 16, 2018
Try out our members features!