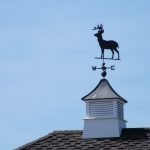 The impact of suicide is devastating for all those affected and for society as a whole. Suicide is the result of self-inflicted injuries, and suicides are therefore preventable. It is important to understand the factors that are associated with suicide so that we can better understand how to prevent deaths.

The WHO reports that on a global level there are approximately one million deaths by suicide annually. There were 6,581 recorded cases of suicide in 2014 in the UK and Republic of Ireland (Samaritans Suicide Statistics Report 2016).

Evidence indicates that a history of self-harm is an important risk factor for future suicide. It elevates the risk of suicide 50 to 100 fold within the year following self-harm (Chan et al, 2016). Suicidal behaviour is described as a means of addressing unbearable psychological pain rather than a definite decision to die.

People who self-harm do so for a variety of reasons, almost always as an expression of emotional pain, and with a variety of intentions; not always with suicidal intent. Sometimes it is even intended as an act of self-preservation. The behaviour is therefore often associated with ambivalence and self harm may be viewed as lying on a continuum of suicidal behaviour, with death by suicide at the extreme end of the continuum. 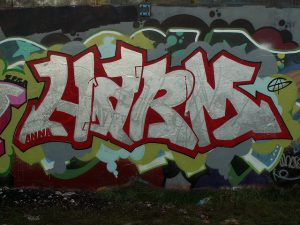 How can we predict when self-harm will escalate to suicidal feelings?

In support of this, a previous large-scale study of Scottish adolescents found that of those who had engaged in self-harm, four out of ten did so with the intent to take their own life (O’Connor et al, 2009). The incidence of self-harm in the UK has continued to increase over the past 20 years and is among some of the highest in Europe for young people (RCP CR158). There are approximately 200,000 hospital attendances annually in England and Wales as a result of self-harm (Chan et al, 2016).

Service providers therefore have a dilemma with regards to how to manage this behaviour and provide appropriate treatment. The application of blanket interventions, such as automatic admission to all those who self-harm, will be overly restrictive for individuals who require a safety plan. Yet the absence of psychiatric care may be insufficiently supportive for those patients with a suicide plan that will be enacted in the near future. The challenge lies in the identification and stratification of patients who would benefit from more tailored interventions to reduce the likelihood of suicide.

The current paper, a systematic review by Chan et al (2016) provides a more comprehensive assessment of the literature on risk assessment and includes scales that involve different types of variables. 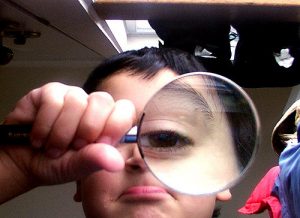 What self harm risk factors can be identified to help provide better care?

The stated aim was to examine both individual risk factors and combinations of risk factors (evaluated by risk scales).

The study distinguishes these two and constructs a ‘two arm’ model. It describes itself as the first systematic review and meta-analysis of:

Four databases were searched for English-language prospective cohort studies of populations who had self-harmed, from inception of the database to 2014.

For the Risk Factors review the authors included:

They were followed up for variable time periods. Suicide was the main outcome measure, most commonly determined from national registers. Studies were included if they reported an effect estimate (odds ratio, risk ratio or hazards ratio with their 95% confidence interval) for the association between the examined risk factor and suicide following self-harm. Each of the risk factors was listed with the effect estimate from each study for that risk factor, grouped together and meta-analysed.

Seven prospective cohort studies were included in the review of risk scales, which included three scales: the Beck Hopelessness Scale (BHS), the Suicide Intent Scale (SIS), and the Scale for Suicide Ideation (SSI).

Meta-analysis was only performed on the BHS and the SIS due to lack of data for the SSI. Exclusion criteria for the risk scales included when relevant material was not provided (such as no data on completed suicide).

Of the two risk scales evaluated in the meta-analysis (BHS and SIS), both had a low positive predictive value and significant numbers of false positives. There was a lack of evidence to support the superiority of either risk scale. Therefore the authors concluded that:

these scales should not be used alone in clinical practice to assess the future risk of suicide.

Of the seven risk factors evaluated, four had robust evidence to support their association with suicide following the index episode of self-harm:

There was insufficient evidence to make a firm conclusion on the association between the remaining three risk factors with suicide following an index episode of self-harm. These three inconclusive risk factors were: 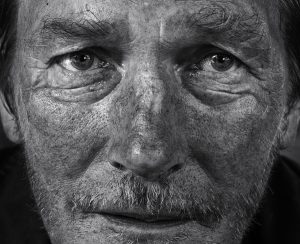 Previous self-harm, being male, having suicidal intent and being in poor physical health were all associated with suicide following self-harm.

This study is unique in being the first review and meta-analysis of risk assessment scales in people who have self-harmed or were under mental healthcare (Mulder et al 2016). There were a relatively small number of studies suitable for inclusion, particularly in the risk-scale review. This limited evidence base is in itself disappointing and indicates a need for further research in this area. Furthermore, the four risk factors identified are common in the clinical self-harm population and are of limited clinical value in predicting suicide.

It would potentially be useful to have a meta-analysis that included other risk factors not included in the current study (e.g. isolation, recent bereavement, migrant status, sexual orientation, or a mental health disorder).

However, reliance upon demographic risk factor identification is of limited value to both clinicians and patients. Prediction studies offer minimal clinical value in determining the risk of individual patients, as even the risk factors associated with the highest odds ratios and significant statistical associations may not be clinically useful when assessing an individual patient (Christensen et al, 2016).

Do not use risk assessment tools and scales to predict future suicide or repetition of self-harm.

However understanding which factors differentiate those who will have thoughts of suicide, and those who will act upon those thoughts and attempt suicide is a key goal of current research programmes (Klonsky et al, 2014; O’Connor et al, 2014). In particular, alcohol and drug misuse was found to be only marginally significant, and yet we know that it is implicated in a high proportion of suicide deaths (O’Neill et al, 2016). Further research, with more detailed delineation of alcohol and the use of different categories of drugs may facilitate clearer conclusions.

It bears repetition that the two risk scales evaluated in the meta-analysis (BHS and SIS) had a low positive predictive value and high proportions of false positives. Risk scales claim to reduce uncertainty and inform intervention strategies. However this paper is a reminder that:

the idea of risk assessment as risk prediction is a fallacy.

As the Royal College of Psychiatrists reminds us,

Risk assessment per se has a very limited, and short-term, predictive power of a person’s future risk’ (Royal College of Psychiatrists, 2010).

So managing uncertainty remains a core aspect of clinical practice when dealing with suicide risk (Dixon et al, 2007). Yet, in a culture of blame is it inappropriate to suggest to a busy clinician that all they can rely upon is professional judgement? 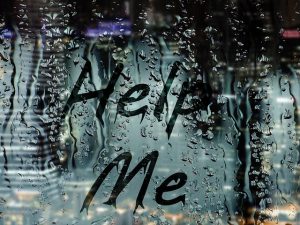 A suicide mitigation approach may be more useful in this context (Cole-King, 2011). A mitigation approach needs to be adopted within a context of multi-disciplinary practice, at the assessment as well as the management and therapeutic intervention levels. A suicide mitigation approach recognises that self-harm increases the likelihood of future suicide which is why every episode of self-harm needs to be taken seriously. Self harm behaviour, when previously used as a method of managing pain, can, in the context of unbearable distress, escalate and result in death. Early identification and intervention can minimise distress and reduce the likelihood of such a coping mechanism becoming established and entrenched (Cole-King and O’Neill, 2016).

Whilst the use of risk indices to dictate treatment and referral following self-harm is strongly discouraged, the clinician should nonetheless be familiar with established risk factors and risk groups for suicide at a population level. However it is important that clinicians do not rely wholly on this knowledge when assessing specific individuals. A person may be at high risk of suicide even though not a member of a high-risk group and conversely, not all members of high-risk groups are at equal risk of suicide. The presence of ‘red flag’ warning signs suggests that someone may be particularly at risk of suicide (Cole-King, 2013). However risk factors and ‘red flag’ warning signs should not be used to predict, or rule out an individual suicide (attempt) (Cole-King and O’Neill, 2016).

Suicide mitigation involves encouraging help-seeking behaviour, removing or restricting access to means, and ensuring an appropriate and early response to suicidal behaviour (Zalsman et al 2016). Increasing hopefulness, emotional resilience, and helping someone to identify their reasons for living, have all been proven to lead to a reduction in suicide rates.

Every person considering self-harm or suicide needs to know they can be supported through tough times.

People at risk of suicide or after self-harm should be helped to develop a Safety Plan with details of what they can do to help themselves and who they can contact for support. Information about how to make a Safety Plan can be found in the Feeling Overwhelmed and Helping You Stay Safe resource. This is an Interactive online resource for anyone struggling to offer hope, compassion and practical ideas and suggestions on how to find a way forward. 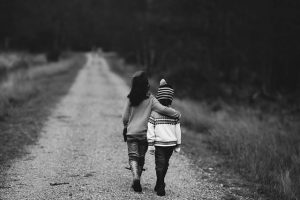 Every person considering self-harm or suicide needs to know they can be supported through tough times.

Suicide risk assessment and intervention: need for a new approach?

The Futility of Risk Prediction in Psychiatry

Last reply was January 27, 2017
Try out our members features!