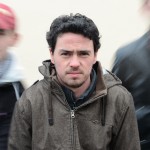 Stark figures tell us over 804,000 people die globally by suicide each year, equating to one suicide death every 40 seconds (WHO, 2014). It is not possible to accurately predict which individuals will die by suicide using a single tool. Understanding which factors differentiate between those who will have thoughts of suicide, and those who will act upon those thoughts and attempt suicide, is still elementary (Klonsky & May, 2014; O’Connor & Nock, 2014). Demographic risk factors increase the suicide risk of a whole population across its lifetime, but do not predict suicide in an individual at a single time-point. Absence of risk factors, however, does not mean absence of risk of suicide (Cole-King et al., 2013). 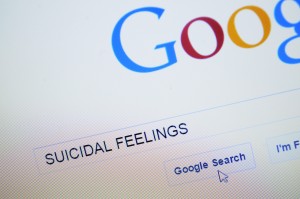 Someone dies by suicide every 40 seconds worldwide.

PubMed was the primary database searched, with a broader search of Google and hand-searching of the reference lists from articles also conducted. All studies selected were in English, and published between January 1990 – February 2015.

BMJ state of the art reviews are ‘generally commissioned by the editor’ (BMJ website, 2015) and differ from systematic reviews in several ways:

Ten ‘conventional’ risk assessment scales (e.g. the Beck Hopelessness Scale) and 3 empirically based tools (e.g. The Manchester self-harm rule) are reviewed. Emphasis is placed upon the metrics of positive and negative predictive values.

‘“True positives”’: The proportion of people who actually go on to die by suicide, relative to the number of people that a measure identifies as being at risk of suicide (either correctly, or incorrectly). PPV can be affected if there is a low base-rate for the event that is being predicted (as is the case for suicide), and also if the measure generates a lot of ‘false positives’, i.e. identifying people as high risk of attempting suicide when they are actually not.

‘“True negatives’”: The proportion of people who do not die by suicide, compared to the number of people a measure identifies as not being at risk of suicide (either correctly or incorrectly). NPV can be inflated by a low incidence of the event, which is true for suicide, or if a test produces many ‘false negatives’, and fails to identify people as imminently suicidal who actually are.

Even tests that are highly sensitive and highly specific (see here for a brief explanation of these terms), can have a low PPV, due to the fact that suicide is a statistically uncommon event. This is true of the overwhelming majority of the well-established scales included within the review, such as the Beck Depression Inventory, Suicide Intent Scale, Suicide Assessment Scale and also, moving away from ‘conventional’ scales, the ReACT self-harm rule. In short, these tests are unlikely to determine with any accuracy whether someone will make a suicide attempt.

Empirically based methods of risk assessment, including the suicide Implicit Association Test (IAT) and Suicide Stroop, are also discussed. Early studies of the IAT show that it is predictive of suicide at 3-month (Randall et al., 2013) and 6-month follow-up (Nock et al., 2010), and the Suicide Stroop prospectively predicted suicide attempts within 6-months (Cha et al., 2010).

The authors conclude that given limited predictive ability of existing suicide risk assessment tools, we need to develop resource-light interventions and acknowledge the elevated risk in some clinical populations. 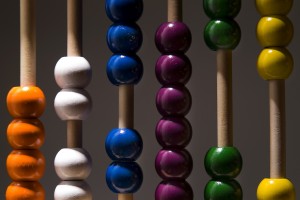 Suicide is a statistically uncommon event so it’s difficult to determine with any accuracy whether someone will make a suicide attempt.

The authors do not shy away from difficult truths; risk assessment tools are highly variable and inconsistent. It is also heartening to see Bolton and colleagues busting myths: asking about suicide does not promote a suicide attempt.

It would be useful to have details regarding how decisions were made about the ‘clinical relevance’ of material reviewed. Given the ‘quality’ of the overwhelming majority of conventional risk assessment tools reviewed in the current paper is low, a greater focus on what does work, and possibilities for advancing the science of assessing and responding to risk would have been beneficial.

Consideration of protective factors is often neglected when evaluating whether or not an individual is at risk of suicide, and the interplay between risk and protective factors is poorly understood (McLean, Maxwell, Platt, Harris & Jepson, 2008). The choice of database for the search (PubMed), even with supplementation from Google, could mean that methods of assessing suicidality that relied upon broader psychological factors (e.g. impulsivity, degree of emotional pain) were overlooked.

Currently the main focus of a suicide risk assessment to characterise and quantify risk through identifying demographic risk factors that may be as common in patients, as in the general public (Cole-King and Lepping, 2010), is clearly unhelpful. Furthermore, suicide risk assessment is itself a complex intervention, which means that it is not totally predictable and the process is influenced by practitioner, patient and organisational factors.

Suicidal thoughts per se are poorly understood, particularly their development and progression. Focusing efforts on people identified by risk assessment tools is unsafe, both due to false negatives and genuine fluctuations in distress. Suicidality is a dynamic process, with suicidal thoughts waxing and waning over time; something that conventional ‘check-box’ risk assessment tools often do not take into account. Irrespective of competence and experience, attempting to predict whether a patient will attempt to end their life is always challenging. Stigma or fear around suicide may prevent clinicians from asking patients about their suicidal thoughts. Stigma can also deter patients from disclosing suicidal thoughts, or lead to apparent inconsistencies in suicidality, whereby patients report suicidal thoughts to one clinician with whom they feel comfortable, but then are reluctant to disclose to another clinician.

Despite every suicide being a tragedy, it remains an event with a low base-rate, making it a significant challenge to devise measures with adequate positive predictive value to predict suicide. Bolton and colleagues recommend considering “suicidal thoughts and behaviour as an important therapeutic target”. The best ‘low-level intervention’ is a positive and compassionate clinical encounter, whereby practitioners diligently identify and mitigate all risks, promote protective factors, instil hope and co-create a safety plan with explicit reference to removal of means. 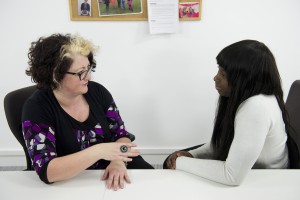 Positive and compassionate clinical encounters are the best low-level intervention for preventing suicide.

This review highlights the lack of evidence-based suicide risk assessment tools available to clinicians, and the ‘hit and miss’ nature of existing instruments. It also draws attention to the critical need for a paradigm shift in the way that we conceptualise suicide risk assessment and intervention development. A map that uses presence or absence of mental illness as its ‘north star’ when attempting to predict suicide or to define opportunities for intervention development, will only take us so far. We must expand our horizons beyond traditional risk factors models of assessment to include other variables that may play a key role in determining who will go on to make a suicide attempt.

Emerging methods of supporting a clinical assessment (e.g. the Implicit Association Test), which have an empirical basis, and are interview independent, may provide an important new avenue for supplementing clinical suicide risk assessment. Whilst the review may paint a somewhat bleak picture of the ‘state of the art’ of suicide risk assessment, this is not a message of hopelessness, but rather a clarion call to action for further research into how we can refine risk assessment and intervention development.

Given the fluctuating nature of suicide risk and the fact that it is a rare event which cannot accurately be predicted, the only safe response is to take all suicidal thoughts seriously and respond appropriately. NICE advocate a needs and assets-based approach after self-harm rather than focusing on risk. We welcome the day when everyone at risk of suicide is responded to with compassion, confidence, and competence, and have a co-created safety plan to ensure their safety. 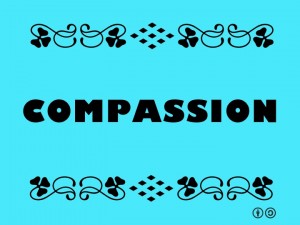 Everyone at risk of suicide needs a response that is compassionate, confident and competent, with a co-created safety plan that ensures their safety.

The authors would like to thank Professor Rory O’Connor and Eva Dumon for their invaluable feedback on drafts of this blog post.