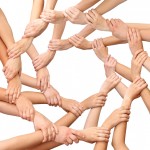 Back in January I wrote a Mental Elf blog on suicide prevention in young people and since then Elves have reported on aspects of suicide cause, effect and prevention in a number of blogs.

Recently, suicide has hit the mass media/social media headlines a number of times prompted by events like Robin Williams’ apparent suicide and by the WHO report I alluded to back in January; the one which reports that suicide kills one person worldwide every 40 seconds (WHO, 2014).

All of this media attention has no doubt increased the general public’s awareness of suicide and the consequences to those bereaved by suicide, but how many of us have considered that this reporting might actually lead to others taking their own lives? A recent study published by a group of scientists from around the UK has addressed this question in some detail by collating and analysing data from previous studies which reported on suicide clusters (Niedzwiedz et al, 2014).

To be more precise, they looked at published data on so called “point-clusters”. These involve suicides or episodes of suicidal behaviour localised in both time and geographic space, often occurring within specific communities or institutions. The authors rightly highlight that although there have been previous studies, to date there is no agreed definition of a “suicide cluster”; should this include or exclude suicidal attempts? Nor is there consensus about the minimum number of events that constitute a “cluster”.

What did they want to find out?

The study set out to broaden the understanding of suicidal cluster epidemiology by posing 5 questions:

They then used a narrative synthesis approach as opposed to conducting a meta-analysis as they considered the studies to be too heterogeneous. Narrative synthesis is defined by the authors as: “an approach used in systematic reviews to combine results from several studies that relies on the use of words and text to summarise and explain the findings of the synthesis.” (See Popay et al for further information). They used 82 articles published between 1960 and 2013. Of these, 7 reported on results from the same cluster as these added weight to the information published in the original article(s).

What definitions of suicide clusters did they find?

Less than a third of the studies defined suicide cluster. Those that did included both time and location in the definition. Time varied from one or two weeks to more than a year. Location varied from “population”, “institution” to “country” in which the suicide took place. The study recommends that we adopt the following definition:

A series of three or more closely grouped deaths within 3 months that can be linked by space or social relationships.

What evidence did they find that suicide occurs in clusters?

The study identified three types of evidence for clusters in the literature:

Does suicide or suicidal behaviour cluster in specific settings?

Suicide clusters appear to occur in specific institutional settings, such as psychiatric hospitals, schools, prisons and military commands. There was also evidence to suggest that clusters occur among indigenous communities, the general population, and some work community settings.

Noteworthy was the conclusion that most clusters involved young people.

What proportion of suicides is estimated to occur in clusters?

The heterogeneity of the studies analysed meant it was difficult to distil any conclusions about how suicide clusters in time and space. However, they were able to suggest:

that approximately 1-2 % of adolescent suicides were clustered in the USA and around 2.4% of all suicides in Australia.

What are the key characteristics of suicide clusters?

The heterogeneous nature of the studies included in this review meant it was difficult to define key characteristics. This was particularly hampered by the lack of information regarding the reporting episodes of suicidal behaviour and the lack of reporting on the age of those studied. The time periods within which suicide clusters occurred varied from 24 hours to 5 years. The number of incidents involved in clusters likewise varied, but generally, a high number of incidents was found to occur within a more concentrated space of time in certain settings.

From all of the evidence that this study considered, the investigators were able to establish that clusters occur in a variety of settings and that most involved young people (N=32). This review found that suicide clusters arise in many settings and often involve young people.

So, is suicide contagious?

Most likely yes it is, but does this study confirm this?; probably not.

It is possible to highlight the limitations of both this study and those that it used to reach its tentative conclusions. Not least of these limitations lie in the quality and quantity of the data available. We elves have a healthy obsession with data quality and this study lacks any of the “usual” raft of statistical analyses of data from RTCs, with clearly defined control groups and terms like “statistically significant” in the findings.

The authors accept and acknowledge these limitations and the heterogeneity of the studies that they assessed. However, this study used appropriate methodology (a narrative synthesis approach) to tentatively pull some of the existing data on suicidal clusters together and in doing so highlighted trends in suicide clusters and the need for more research:

Future studies should aim to combine the statistical analysis of time-space clustering with a case study of events, which examines potential links between individuals and the wider environmental context.