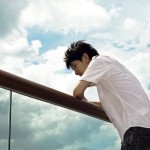 Regular close contact with specially trained staff is generally regarded as the best course of treatment for someone who has recently attempted to kill themselves, in order to prevent a repeat suicide attempt.

Of course it can be difficult to engage with this group of patients after-treatment, but recent research suggests that assertive and motivational consultations can help reduce rates of suicide (Hvid et al).

However, a new study published yesterday in the BMJ brings this approach into question, as it appears to show that assertive outreach is no better than standard care at reducing the negative spiralling that can lead to further attempted suicides.

The research team from the Psychiatric Centre in Copenhagen carried out a randomised controlled trial with blinded outcome assessment of 243 patients who had recently attempted suicide from 2007 to 2010. Patients were all older than 12 years and those living in institutions or with a diagnosis of schizophrenia spectrum disorders were excluded.

Patients were randomly assigned to one of two groups:

Patients were followed up for 12 months and here’s what they found:

Assertive outreach showed no significant effect on subsequent suicide attempt. The difference in rates of events between register data and self reported data could indicate detection bias.

The authors go on to point out that patients who received the assertive outreach were more likely than controls to be hospitalised and treated for subsequent suicide attempts.

Unfortunately, the conclusion must be that neither standard treatment nor additional assertive outreach is good enough. My suggestion is that we try to get hold of young people at risk before they attempt suicide the first time. We are looking with interest at some American Teen-Screen programmes, which look at young people’s mental health generally, to see if we can identify any danger signals to which we could respond earlier.

Last reply was September 6, 2012
Try out our members features!