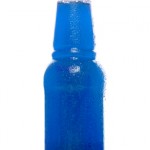 The Joseph Rowntree Foundation have commissioned Ipsos MORI to conduct a survey which provides robust data on the levels and patterns of alcohol consumption and influences on drinking behaviour in 13-16 year olds.  The survey involved 5,700 teenagers from schools in England and data was statistically modelled using binary logistic regression to highlight the strongest influences on and predictors of young people’s drinking.

The survey shows how widespread drinking alcohol is amongst young people:

The authors summarise attitudes and expectations by saying:

Looking across the different behaviours and groups of interest to the study, findings suggest that it is direct personal experience that has the strongest influence on behaviour. Personally knowing people who drink, who drink frequently and who get drunk are key predictors of a young person’s behaviour with alcohol. Their friends play a critical role, however, acting as a direct and indirect influence is a young person’s family. Parent behaviour has a particularly strong influence ranging from the point at which alcohol is introduced, a young person’s exposure to adult drinking and drunkenness, to the amount of supervision that is placed on a young person as they gain independence.

It can be argued that these findings predict that a young person is more likely to drink, to drink frequently and to drink to excess if:

It can be argued that findings point towards critical points in a young person’s relationship with alcohol where a carefully timed intervention could steer a young person towards a positive outcome. A good example of this is their introduction to alcohol; findings reveal that parental introduction of alcohol to their child too early can have a negative outcome and yet there are dangers in the parent not introducing alcohol and leaving their child to explore alcohol in more harmful surroundings. Not introducing their child to alcohol can also lead to negative outcomes.

The authors go on to make the following policy and practice recommendations:

This research shows that whilst it is not inevitable that young people will drink, there appears to be little benefit at this point in time in policy aiming to prevent young people from trying alcohol or encouraging an alcohol-free childhood. Instead, policy should seek to prevent immediate and long-term harm to young people from alcohol. These findings show this can be done by focusing on the strongest predictors of current, excessive and risky drinking that can be influenced. The new alcohol strategy offers the opportunity to set out a strong central policy direction and send out a set of clear messages to parents, local policy-makers and frontline services.

National policy must focus on the strongest predictors that can be influenced. This research shows that parental influence is of paramount importance. The findings suggest that efforts to improve drinking behaviour among young people are best directed at supporting and educating parents. This should include positive messages for parents about how they can influence their child’s behaviour and stress the importance of parent’s own drinking behaviours and how they are observed or perceived by their children.

Friends are another key area of influence. Schools could help by adopting a social-norms approach to education whereby they challenge incorrect perceptions about the regularity and scale of heavy drinking by peer groups and in doing so positively impact young people’s drinking behaviour. Schools could also provide a channel for information, offering the opportunity to disseminate targeted messages to parents that encourage actions at specific times in their child’s development.

Access to alcohol is important and messages to parents will need to emphasise that the most common place for alcohol to be accessed is in the home, showing that how they store alcohol and, critically, how they monitor its use, are important. Young people who buy their own alcohol are the ones most likely to be harmful drinkers; consequently, controlling the price of alcohol and enforcing licensing policy with a focus on reducing underage sales could prevent harmful drinking.

Local policy around young people’s drinking should build on local needs and be in line with a nationally set direction. Support services and guidance for parents and families developed locally should incorporate clear messages about the importance of parental drinking behaviour, access to alcohol at home, parental supervision and encouraging young people into positive activities. It is also important to highlight what the research shows to be key predictors outside of the home that parents can still have influence over, such as the frequency with which a young person spends their evenings with friends and whether their parents know where they are on a Saturday evening. This approach should be incorporated into relevant provision.

Schools can use their unique role in the community to give timely provision of information to parents throughout their child’s life. Joined-up approaches between police, licensing departments and Children’s Services could also help those with riskier drinking behaviour such as taking action on underage sales and proxy sales of alcohol.

Frontline services have a vital role to play by delivering these key messages to parents via midwifery and health visiting services, parenting programmes, family interventions, schools and youth services.

Young people, alcohol and influences: A study of young people and their relationship with alcohol. Joseph Rowntree Foundation, June 2011.

Last reply was October 9, 2018
Try out our members features!