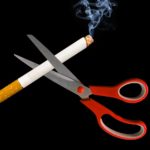 In many psychiatric hospitals, concerns about increased violence are one of the factors preventing the introduction of smoke-free policies. This is understandable, considering that in 2014/2015, staff working in psychiatric hospitals were subject to nine times more physical assaults than their colleagues working in general acute settings.

In a paper published in the Lancet Psychiatry, Robson and colleagues examined the prevalence of physical violence before and after the introduction of a comprehensive smoke-free policy in four psychiatric hospitals in London. 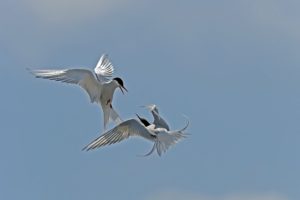 Smoking bans in inpatient units have been a highly controversial part of health policy in recent years.

The authors defined physical violence as “the intentional application of force against the person without lawful justification, resulting in physical injury or personal discomfort”. Such incidents are reported by staff to an online reporting system within 24 hours of an event.

The authors used an interrupted time series design to assess the incidence of reports of physical violence 30 months before and 12 months after the introduction of a total smoke-free policy in four psychiatric hospitals. This design is one of the most robust quasi-experimental research designs and allowed the authors to account for potentially confounding factors including age, gender, seasonal trends, and a diagnosis of schizophrenia.

The analysis included participants with a diagnosis of psychosis, mood, addiction or dementia and in total assessed violence across almost 750,000 bed days over a 3 year period.

The analysis included 18,135 patients, of whom approximately 78% were current smokers (excluding those whose smoking status was unknown). A total of 4,550 physical assaults were reported over the study period and of these, assaults related to smoking accounted for 4.9% of total reported physical violence.

After adjusting for confounders, a 39% reduction in physical violence was observed in the 12 months after the introduction of the smoke-free ban as compared with the 30 months beforehand.

The study found a far greater reduction in patient violence toward staff: 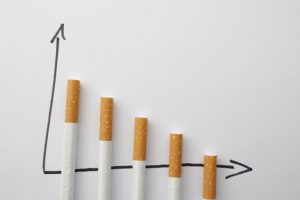 This study suggests that comprehensive smoke-free policies may reduce the incidence of physical assaults.

A number of limitations should be noted:

The smoke-free policies in these hospitals included staff training and engagement, alongside tobacco dependence treatment which included offering nicotine replacement therapy (NRT) within 30 minutes of arrival on a ward and permitting the use of e-cigarettes. My commentary on this paper outlines the need for adequate resourcing when implementing this kind of smoke-free policy. 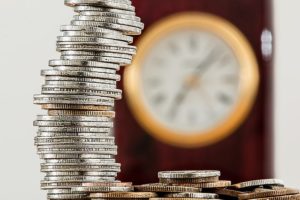 Implementing a smoke-free policy requires investment from hospitals and buy-in from staff and patients.

This is an important paper, demonstrating that a comprehensive smoke-free policy across four psychiatric hospitals results in a reduction in physical violence. The authors found a particular decrease in patient-toward-staff violence after the policy was introduced. One of the key barriers preventing the widespread introduction of these measures is resistance from staff worried about the impact of the policy on levels of violence. These findings should help to assuage these concerns, allowing staff to focus on the long-term health of their patients.

Robson and colleagues argue that we need to address the long-held belief that smoking helps prevent aggression. Tobacco withdrawal manifests itself as irritability, restlessness and a preoccupation with finding opportunities to smoke; symptoms that could be confused with the symptoms of worsening mental illness. As smoking a cigarette reduces these symptoms of nicotine withdrawal, it may incorrectly be assumed to be therapeutic. Patients should be supported in their attempts to abstain from cigarettes using NRT and e-cigarettes, thereby reducing the symptoms associated with nicotine withdrawal. 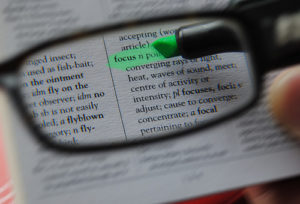 This new evidence should help mental health professionals to focus on the long-term physical and mental health of their patients.

Last reply was October 24, 2017
Try out our members features!