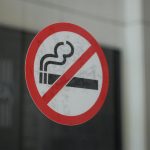 It’s been almost 9 years since the introduction of SmokeFree legislation in the UK (although we elves still return from a night out smelling of campfire smoke). However, secondhand smoke is still accountable for 600,000 deaths annually.

Smoke free policies can be implemented at the micro-level (i.e. the individual level or in homes), the meso-level (i.e. in organisations, such as public healthcare facilities, higher education centres and prisons) or the macro-level (i.e. in an entire country). In many countries, smokefree legislation is at the macro-level, although exemptions exist at the meso-level. For example, in the UK, specific rooms in prisons and care homes are exempt from this legislation.

In their Cochrane review, Frazer and colleagues review the evidence for meso-level smoking bans (in venues not typically included in smokefree legislation) on 1) passive smoke exposure, 2) other health-related outcomes and 3) active smoking, including tobacco consumption and smoking prevalence. 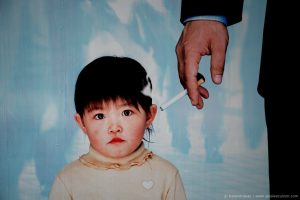 The authors searched online databases of clinical trials, reference lists of identified studies and contacted authors to identify ongoing studies. Studies were included if they: 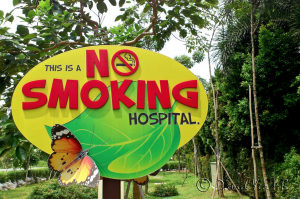 The introduction of smoking bans in psychiatric hospitals and prisons is extremely controversial.

Five studies investigated the impact of smoking bans on two participant groups (i.e. staff and either patients or prisoners).

There was considerable heterogeneity between the 17 studies and so a meta-analysis of all studies was not conducted. Instead studies were analysed using a qualitative narrative synthesis according to each of the outcome measures:

Four studies assessed secondhand smoke exposure, finding that a reduction in exposure was observed in all three settings after smoking bans. However, none of the studies in the review used a biochemically validated measure of smoke exposure such as cotinine or carbon monoxide levels.

Eleven of these studies were included in a meta-analysis (using the Mantel-Haenszel fixed-effect method) and the data from the 12,485 participants in these studies was pooled. Although there was considerable heterogeneity between these studies (I2 = 72%; where a higher I2 value is evidence of higher levels of heterogeneity), this heterogeneity was lower within subgroups (e.g. in prisoners or hospital staff).

The evidence was judged to be of low quality as all of the studies were observational (none used a RCT design) and the risk of bias was rated as high. 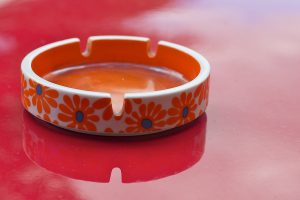 Overall, this review finds evidence of smoking bans on:

The quality of the evidence was low and the authors conclude that ‘we therefore need more robust studies assessing evidence for smoking bans and policies in these important specialist settings’. Limitations with the studies included in the review include: small sample sizes in some studies, a lack of a control location for comparison in all but three studies and a high level of heterogeneity between and within the different settings (e.g. the hospital settings included a cancer hospital, psychiatric hospitals and general hospitals). 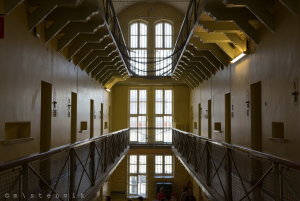 We need more robust studies assessing the evidence for smoking bans and policies in specialist settings.

The authors report that given this evidence, smoking bans at the meso-level should be considered as part of multifactorial tobacco control activities to reduce secondhand smoke exposure and smoking prevalence.

Given that the introduction of these bans particularly in psychiatric hospitals and prisons is controversial, the introduction of these bans should be sensitive to the needs of populations. For example, bans in psychiatric hospitals should be implemented in consultation with psychiatrists to ensure that the improved health outcomes of patients is considered first and foremost. As the evidence is currently weak, with a high risk of bias, any interventions should be closely monitored.

More robust studies are needed, using a control group for comparison, assessing smoke exposure using biochemically validated measures, using long-term follow-ups of at least 6 months and reporting smoking prevalence both before and after the introduction of the ban. 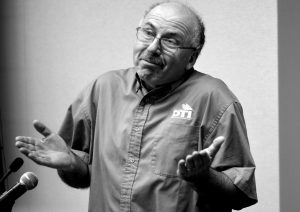 It is not possible to draw firm conclusions about institutional smoking bans from the current evidence.