Home » Posts » Mental health » substance misuse » Released prisoners have an increased risk of death compared to the rest of the population, particularly from drugs, suicide and homicide 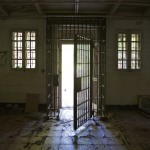 Nearly 10 million people were in prison in 2008, according to estimates provided by the World Prison Population List (Walmsley, 2009). The United States tops the imprisonment league table with 2.3 million individuals behind bars, that’s 756 per 100,000 of the population.

Whatever your view on the US legal system and incarceration, it’s interesting to note that research from high-income countries has shown that death from natural causes is lower in prison populations than the general population. Unfortunately, the same cannot be said for mental health conditions, indeed the rates of suicide, psychosis, depression and other mental illnesses are higher in prisoners that the rest of the population (Fazel, 2012).

We know relatively little about what happens to prisoners when they are released. Some studies have shown an increase in suicide risk or drug related deaths, but there has not been a systematic review of prisoner mortality over the longer term.

Researchers from Oxford have now helped to fill this gap in the evidence-base by publishing a systematic review and meta-analysis (PDF) that examines the data for basic demographic trends expressed by standardised mortality ratios (SMR). Note: an SMR of >1.0 means a higher number of deaths than you would expect in the general population.

The reviewers searched a good range of databases for cohort studies that reported all-cause, drug-related, suicide and homicide deaths of released prisoners.

They found 18 cohorts to include in their analysis, including a total of 26,163 deaths. They extracted and meta-analysed crude death rates and standardised mortality ratios by age, gender and ethnicity (where reported).

Aftercare planning for released prisoners could potentially have a large public health impact, and further work is needed to determine whether certain groups should be targeted as part of strategies to reduce mortality.

This well conducted new review adds to our knowledge, but the authors are clear that the limitations of the original studies they have included in their analysis mean that we should interpret these findings with caution. This is especially true of the pooled estimates of crude death rates.

It’s also worth mentioning that the included studies focus on populations from high income countries, which is obviously not representative of the world’s prison population, the majority of whom are in low-middle income countries. Further studies need to be conducted to see if these findings are also applicable in those locations.