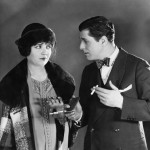 During 2010/11 there were 1.53 million hospital admissions for illnesses directly attributable to smoking in the UK. These admissions, along with other smoking-related expenses, cost the NHS approximately £5 billion pounds per year.

Fortunately, the NHS is spending £88.2 million per year on cessation treatments, many of which have been repeatedly demonstrated to be highly efficacious. Indeed, Dr Andrew Jones and I recently wrote a Mental Elf blog on a Cochrane review that reported impressive outcomes for several pharmacological smoking cessation treatments.

Sounds good doesn’t it? A relatively small outlay on cessation treatment should have a massive impact on reducing smoking-related illness saving the NHS billions.

Things are, of course, not so simple; quitting is one thing staying abstinent is another. Indeed, 75% of quitters relapse within 12 months (Agboola, 2009) and, problematically, frequency of previous relapses are associated with decreased chances of maintaining abstinence following future attempts to quit (Zhou, 2009). The efficacy of relapse prevention treatments are the focus of this Cochrane review. The authors analyse the efficacy of behavioural based strategies (e.g. face to face and web-based counselling) of differing durations, as well as pharmacological treatments (e.g. nicotine replacement therapy [NRT] and bupropion).

The authors conducted a meta analysis on 63 studies that explicitly focused upon relapse prevention and had a minimum 6 month follow up. The primary outcome was the number of individuals who maintained abstinence in the longest follow-up. It is notable that the authors reported risk ratios (RR), rather than odds ratios. Risk ratios are generally a conservative measure (unless event rates are particularly low). Analyses were conducted separately for ‘trials in abstainers’ and ‘trials in those allocated before quit date’.

Only behavioural interventions are reported for those assigned to treatment groups before their quit day, (although one behavioural + NRT is reported). Analyses in this group are broken down into different forms of intervention. Data revealed a similar pattern of results to the abstainers; there was no evidence that relapse rates were reduced by: There are many effective interventions to help you quit, but this is only half the battle

Then again, the results reported may not be so surprising. The overall GRADE quality of the reviewed studies was relatively low; sample sizes tended to be relatively small and behavioural treatments focused on single treatments rather than addressing the multiple causes of relapse such as craving, stress and cue reactivity in a more holistic manner.

Indeed, a combination of behavioural and incentive based strategies are associated with reduces relapse rates at 6 months (Gadomski, 2011). Furthermore, we are starting to see a first wave of studies looking at E-Cigarettes which have promising results (Etter, in press).

So although the current review seems to offer little encouragement for quitters, tailored interventions dealing with multiple aspects of the causes of relapse as well as continuing pharmacological-based developments offer some real hope.

Jones, A and Christiansen, P. New Cochrane review finds that NRT, bupropion and varenicline are effective treatments for smoking cessation. The Mental Elf, 31 May 2013.