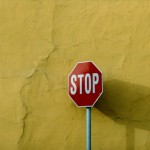 Despite a marked decrease in the prevalence of smoking over the last decade (with uptake in teenagers being at its lowest levels since records began), smoking remains a significant public health concern in the UK. Indeed, the BMA estimate that smoking costs the NHS £2.7 billion a year, and smoking still remains a leading cause of death and disease in the UK.

Many different smoking cessation pharmacotherapies are available, with clinical trials demonstrating varying evidence for their efficacy. Notably, RCTs have shown that combination nicotine replacement therapy (C-NRT; e.g. nicotine lozenge and patch) to be superior compared to standard NRT (patch only). Similarly, RCTs investigating the efficacy of varenicline have shown improved cessation rates compared to NRT (although varenicline has some notable side effects). Indeed, a Cochrane meta-analysis (which Dr Andrew Jones and myself blogged about here) concluded that varenicline was superior to a placebo drug and, critically, NRT (monotherapy).

This recent study is the first RCT comparing varenicline, C-NRT (patch and lozenge) and NRT (patch only). Standard NRT, in the form of a nicotine patch represented treatment as usual. 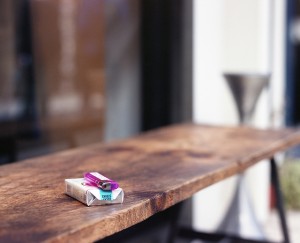 Update of tobacco smoking is at its lowest level in teenagers since records began.

1,086 participants from an ongoing longitudinal study (the Wisconsin Smokers Health Study) or from the community were recruited. To take part, participants had to smoke an average of at least 5 cigarettes per day, and be motivated to quit but not currently using any cessation aids (including e-cigarettes). There were stringent exclusion criteria including; suicide attempts/behaviours in the past 5 years, moderately severe depression, or anxiety (classed as severe or unstable), and treatment for psychosis in the last 10 years. Other exclusion criteria included pulmonary disease, diabetes and current use of bupropion (itself an effective smoking abstinence treatment).

Participants were randomly assigned to one of three treatments:

The imbalance in group sizes was so there would be increased power in the varenicline C-NRT comparison as the authors suspected this comparison would show a smaller effect.

The primary outcome measure was self-report 7 day point-prevalent abstinence at 26 weeks. Secondary outcomes were abstinence through at weeks 4 and 12 (end of treatment) and at 52 weeks. The authors also measured self-reported withdrawal and craving 7 days prior to abstinence, and 7 days post quit date. All self-report abstinence was confirmed through carbon monoxide sampling.

There was no difference in abstinence rates across the three conditions

Risk differences for abstinence rates were calculated, unsurprisingly there was no significance difference in any if these comparisons:

There was no difference in abstinence rates across the three conditions: 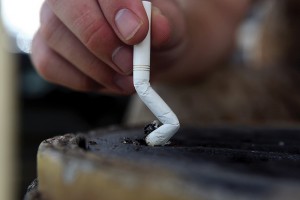 After 12 weeks of treatment, Nicotine patches, Varenicline and combination therapy produced no significant differences in confirmed rates of smoking abstinence at 26 or 52 weeks.

However it is notable that there were significant adverse events of varenicline compared to NRT (e.g. nausea, insomnia, sleepiness) and C-NRT compared to NRT (indigestion, nausea, mouth problems and hiccups).

As the study was open label, the experimental condition may have altered expectancies of the patients/experimenter, and as the study offered 6 counselling sessions (that were well attended) this may have diluted the effects of the pharmacotherapy.

However, it is notable that the stringent exclusion criteria used in such RCTs may make effects larger than expected, so the real world effects of these pharmacotherapies may be even more limited than those found in this study.

The current paper offers little convincing evidence for the use of either varenicline or C-NRT over standard NRT (although this should be considered in the context of other studies that have shown improved outcomes with C-NRT and varenicline).

Indeed, as the author’s state, this study raises questions regarding the effectiveness of pharmacotherapies. Time for a conversation about e-cigarettes? (Brown et al, 2014). 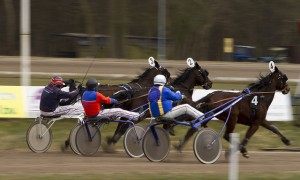 In this 3-horse race, there’s nothing to separate varenicline, C-NRT or standard NRT.

Jones A, Christiansen P. (2013) New Cochrane review finds that NRT, bupropion and varenicline are effective treatments for smoking cessation. The Mental Elf, 31 May 2013.