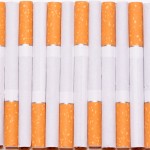 Individuals with mental health problems smoke more heavily than the general population, thus contributing to as much as 43% of tobacco consumption in the UK (McManus et al, 2009).

While the high prevalence of smoking, heavier addiction rates, and smoking-related illnesses contributing to increased morbidity and mortality in this group have been studied extensively, very little research has been conducted into the economic disadvantages as a result of ill-health in smokers with mental illness (RCP, 2013; Wu et al, 2014).

The authors of a new study published in Tobacco Control (Wu et al, 2014), use economic modeling to investigate different components of the financial burden of smoking in individuals with mental disorders. These costs were assessed in UK adults in 2009-2010 from both the National Health Service (NHS) and Personal Social Services. The different components investigated were: People with mental health disorders are much more likely to smoke than those without mental illness. View Table 1: Prevalence of mental disorders and associated smoking status

The authors estimated 3 million UK adults with mental disorders (>16 years old) were also smokers in 2009-2010, with the total smoking-attributable costs for this group estimated at £2.34 billion (see table 2 below taken from the paper).

In this paper, Wu et al estimate for the first time that there are approximately 3 million smokers in the UK with mental illness, and the direct cost of treatment to the NHS in this population was £719 million in 2010. A study by Callum et al (2011) estimated an annual cost of £200 per general population smoker to the NHS, while Wu et al estimate an annual cost of £320 per smoker with a mental illness.

This is precisely why future research needs to focus on both effective and cost-efficient cessation treatments available for individuals with mental disorders. As individuals with mental illness are known to be as motivated as the general population to quit smoking, but due to mental health problems, may have more difficulties quitting.

Hopefully this study by Wu et al will shine some light on the significant economic costs due to smoking in individuals’ with mental illness, and thus help to inform and influence policy-makers in the reduction of smoking. Quitting smoking when mentally ill is easier said than done

Callum C, Boyle S, Sandford A. Estimating the cost of smoking to the NHS in  England and the impact of declining prevalence. Health Econ Policy Law 2011;6:489–508. [PubMed abstract]

Last reply was September 2, 2014
Try out our members features!