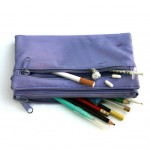 Arguments about the potential benefits and harms of electronic cigarettes (E-Cigs) are repeated on a weekly basis in the news, and we covered this topic in a recent Mental Elf blog.

One area of concern is the use of E-Cigs by adolescents, not least because some products seem to be marketed at young people and because the developing adolescent brain is at increased risk of developing nicotine dependence and other addictions (Field, 2013). Although some studies have shown that E-Cigs can help people to quit smoking, the evidence is rather mixed.

Dutra and Glantz (2014a) recently reported an analysis based on cross-sectional survey data from adolescents in the USA. They used the data to investigate associations between the use of E-Cigs and regular cigarettes, and to see if E-Cigs would help or hinder attempts to quit smoking. 6.5% of young people in the 2012 survey reported having ever used an e-cigarette, which was more than double the number in 2011.

The well-documented recent trend for increasing prevalence of E-Cigarette use was confirmed here, with 3.1% of the 2011 sample reporting ‘ever use’ of E-Cigs, which more than doubled to 6.5% in 2012.

In both years, about half of E-Cig users were also current cigarette smokers, and the other half were not, (i.e. they only used E-Cigs).

Beyond this prevalence data, the main thrust of the results is that E-Cig use was associated with more rather than less cigarette smoking. Specifically, pooled analyses (comprising data from 2011 and 2012) revealed that: E-Cig use was associated with more rather than less cigarette smoking.

The authors’ interpreted their findings as follows:

Use of E-cigarettes does not discourage, and may encourage, conventional cigarette use among US adolescents

…E-cigarette use is aggravating rather than ameliorating the tobacco epidemic among youth. These results call into question claims that e-cigarettes are effective as smoking cessation aids.

Indeed, one interpretation of the data is that smokers may be using E-Cigs as a way to obtain nicotine in situations where regular smoking is not allowed, rather than as an aid to smoking cessation. For this reason, and in addition to concerns about their toxicity, an Editorial in the journal called for tighter regulation of the E-Cig market (Chaloupka, 2014).

However, the authors’ claims about the causal influence of E-Cig use on the initiation and maintenance of cigarette smoking attracted a number of critical commentaries, and these should be read alongside the target article to get a balanced view. The most important point is that this was a cross-sectional survey that revealed associations between E-Cig use and cigarette smoking. It is never possible to infer causation from correlation, a point that the authors acknowledged in their conclusion. However the majority of the article strongly implies such a causal relationship. This type of study can establish correlation, but never causation.

One commentary (Niaura, Glynn and Abrams, 2014) identified two additional explanations for the association between use of regular cigarettes and E-Cigs, both of which are plausible. First is that people may start out with regular cigarettes and then switch to E-Cigs because they are less harmful, cheaper, and (for now at least), they can be used almost everywhere. A further possibility is that demographic or personality characteristics (e.g. sensation-seeking) may predispose people to the use of nicotine-containing products and other addictive drugs in general. Including Dutra and Glantz’s explanation (E-Cig use promotes cigarette use), all three explanations are plausible but the cross-sectional nature of these survey data makes it impossible to distinguish between them.

In my favourite commentary, Farsalinas and Polosa (2014) used the same survey data to investigate if there was an association between cigarette smoking and the use of stop-smoking interventions in the previous 12 months. They consider both pharmacological (e.g. nicotine replacement products) and psychosocial (e.g. calling a quitline) interventions. This analysis revealed that, unsurprisingly, current and former cigarette smokers were far more likely to have used these interventions than never smokers. The intuitive explanation for this is that people start smoking before they seek out an intervention to help them quit; no reasonable person would argue that this correlation suggests that nicotine gum and smoking quitlines are somehow a ‘gateway’ into cigarette smoking. Yet this is exactly the logic that Dutra and Glantz applied when interpreting their E-Cig data. In their response to the Farsalinas and Polosa commentary they stated that nicotine replacement products are not approved for use by adolescents in the USA because there is a lack of evidence for their efficacy in this population. Make of that what you will.

Among American youth, users of Electronic cigarettes are more likely to be current cigarette smokers and less likely to have been abstinent from tobacco in the previous year. You could interpret this as evidence that E-cigarettes encourage the use of conventional cigarettes, but alternative explanations may be more plausible. We should be careful about interpreting these findings, given the nature of the evidence on which they are based.

Last reply was September 30, 2015
Try out our members features!