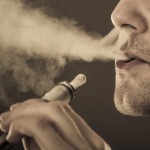 Electronic cigarettes (e-cigarettes) are a range of products that deliver vapour which typically contains nicotine (although zero-nicotine solutions are available). The name is misleading because some products are mechanical rather than electronic, and because they are not cigarettes. While first-generation products were designed to be visually similar to cigarettes, second- and third-generation products are visually distinctive and come in a variety of shapes and sizes. Critically, these products do not contain tobacco, and are therefore intended to deliver nicotine without the harmful constituents of tobacco smoke.

There has been rapid growth in the popularity and use of e-cigarettes in recent years, accompanied by growth in their marketing. At present they are relatively unregulated in many countries, although countries are introducing various restrictions on their availability and marketing. For example, a ban on sales to under-18s will be introduced in England and Wales in 2015.

These products have stimulated considerable (and often highly polarized) debate in the public health community. On the one hand, if they can support smokers in moving away from smoking they have enormous potential to reduce the harms associated with smoking. On the other hand, the quality and efficacy of these products remains largely unknown and is likely to be highly variable, and data on the long-term consequences of their use (e.g., the inhalation of propylene glycol vapour and flavourings) is lacking. There is also a concern that these products may re-normalise smoking, or act as a gateway into smoking. 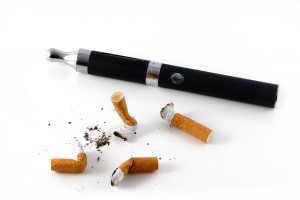 E-cigarettes and teenagers: a gateway to smoking tobacco or a safer alternative?

This study reports the results of a survey conducted by Trading Standards in the North-West of England on 14 to 17 year-old students. The survey focuses on tobacco-related behaviours, and a question on access to e-cigarettes was introduced in 2013. This enabled identification of factors associated with e-cigarette use among people under 18 years old.

The study used data from the 5th Trading Standards North West Alcohol and Tobacco Survey among 14 to 17 year-olds in North-West England, conducted in 2013. The questionnaire was made available to secondary schools across the region through local authority Trading Standards departments, and delivered by teachers during normal school lessons. Compliance was not recorded, and the sample was not intended to be representative but to provide a sample from a range of communities.

The survey consisted of closed, self-completed questions covering sociodemographic variables, alcohol consumption and tobacco use. There were also questions on methods of access to alcohol and tobacco, as well as involvements in violence when drunk. E-cigarette access was assessed by the question “Have you ever tried or purchased e-cigarettes?”. 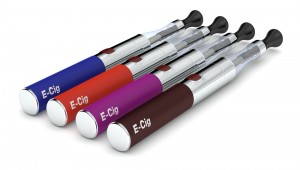 The study used data from the 2013 North West Alcohol and Tobacco Survey, which asked 14 to 17 year-olds lots of questions about their drinking and smoking habits (including their e-cigarette use).

A total of 114 schools participated, and the total dataset included 18,233 participants, of which some were removed for missing data or spoiled questionnaires (e.g., unrealistic answers), so that the final sample for analysis was 16,193. Some of the main findings of the survey included: 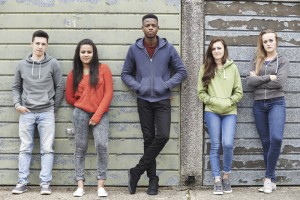 Nearly 1 in 5 of the young people surveyed, reported that they had ‘accessed’ e-cigarettes.

The authors conclude that their results raise concerns around the access to e-cigarettes by children, particularly among those who have never smoked cigarettes. They argue that their findings suggest that the children who access e-cigarettes are also those most vulnerable to other forms of substance use and risk-taking behavior, and conclude with a call for the “urgent need for controls on e-cigarette sales to children”. The study has some important strengths, most notably its relatively large size, and ability to determine which respondents were living in rich and poor areas.

Understanding the determinants of e-cigarette use, and patterns of use across different sections of society, is important to inform the ongoing debate around their potential benefits and harms. However, it is also not clear what this study tells us that was not already known. The results are consistent with previous, larger surveys, which show that young people (mostly smokers) are trying e-cigarettes. Critically, these previous surveys have shown that while some young non-smokers are experimenting with electronic cigarettes, progression to regular use among this group is rare. Product labels already indicate that electronic cigarettes are not for sale to under-18s, and in 2014 the UK government indicated that legislation will be brought forward to prohibit the sale of electronic cigarettes to under-18s in England and Wales (although at present no such commitment has been made in Scotland). 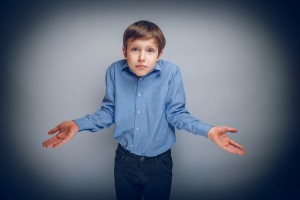 This study does not add anything significant to our knowledge about e-cigarettes.

There are a number of important limitations to this study:

This study does not add much to what is already known. Young people experiment with substances like tobacco and alcohol, and as e-cigarettes have become widely available they have begun to experiment with these too. However, to describe electronic cigarette use as “a new drug use option” and part of “at-risk teenagers’ substance using repertoires” is probably unnecessarily alarmist, given that: 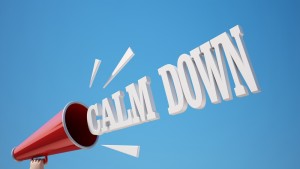 It’s alarmist to suggest that e-cigarettes are a “new drug use option” for teenagers, without the evidence to back up this claim.

Last reply was September 30, 2015
Try out our members features!