Home » Posts » Mental health » substance misuse » Do people stop smoking if their doctor advises them to? Cochrane review says sometimes and it IS worth the effort 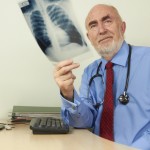 As previously discussed on the Mental Elf, the rates of tobacco smoking in most developed countries are falling, helped in part by high levels of taxation and bans on smoking in public places.

However, over 20% of adults in the UK continue to smoke, and this means that smoking is the greatest single cause of premature illness and death.  Therefore, anything that can be done to persuade smokers to quit is likely to have a major impact on public health.

General Practitioners and other health professionals could play an important role if they simply advised their patients to stop smoking as a precursor to prescribing medication, or referring them to local Stop Smoking services. In this Cochrane review, Stead et al. (2013) looked at whether advice from doctors could help their patients to quit smoking.

This paper is an update of previous Cochrane reviews on this topic. The authors identified randomised controlled trials that examined the influence of smoking cessation advice from a medical practitioner on abstinence from smoking at least 6 months later.

Having identified relevant papers, the authors pooled the data and asked: Brief advice and intensive advice both improve quit rates, but only everso slightly

The majority of the individual trials randomly assigned people to receive brief advice to give up smoking, or they got no advice at all (not even a wagging of the finger). There was enormous variation in what constituted ‘brief advice’, but this didn’t seem to affect the overall results too much.

Other findings included a small incremental effect on quit rates if follow-ups were provided after the initial advice. However, provision of additional aids (such as self-help manuals) did not make much difference, and there were minimal differences between different types of intervention. Giving smokers brief advice to help them quit is better than nothing, but only just! However, it’s cheap and easy so definitely something that GPs should be doing.

Overall, patients who receive brief advice to quit smoking from their doctor are more likely to actually do so, compared to patients who receive no advice. The effect size is small, although it is slightly larger if the advice is more intensive, or if patients are followed up a bit later.

Can brief advice make a difference in the real world? The ‘unassisted quit rate’ (the percentage of smokers who will quit if given no help or advice whatsoever) is difficult to estimate, and it varied enormously between studies in this analysis. But a plausible estimate is 3%, and this gives us a ‘number needed to treat for an additional beneficial outcome’ (NNTB) ranging between 33 and 80. In other words, doctors would need to offer brief advice to between 33 and 80 of their patients in order to get one of them to stop smoking! While this may seem rather pitiful, we have to remember that most smokers do not manage to quit by themselves and anything that nudges smokers towards quitting, particularly something very quick and easy like brief advice from a doctor, should be put into practice whenever possible.  The authors conclude their paper by stating that:

Every smoker who does not receive advice represents a missed opportunity.

And the Mental Elf agrees with that!

Cochrane summary of this review