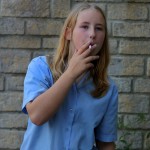 The relationship between attention-deficit hyperactivity disorder (ADHD) and substance use in children is hotly debated. ADHD symptoms include inattention, hyperactivity/impulsivity and conduct disorders, and there’s considerable interest in finding out which of these predicts early substance use. If we have reliable evidence that answers this question we can make informed decisions about treating ADHD and potentially reducing future substance misuse.

A new prospective cohort study uses data from a Swedish database of 1,480 pairs of twins born in 1985-86. The study looks at the different ADHD symptoms to see which increase the risk of substance misuse in young teenagers and whether the risk is greater in individuals with persistent symptoms.

Risk factors were measured at both stages using parent reported checklists, parent completed questionnaires and patient self-reports, which have not been formally validated.

The outcomes of interest were tobacco, alcohol and illicit drug use in the last year:

Our results indicated that hyperactivity/impulsivity, but not inattention, is an important early predictor for early-onset substance use, and a shared genetic susceptibility is suggested to explain this association.