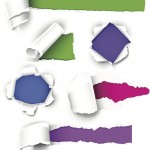 Researchers from Manchester University have conducted one of the largest randomised controlled trials ever undertaken to investigate self-harm in adolescents. The trial published in the BMJ examined the effectiveness and cost-effectiveness of group therapy for self harm in young people by randomising 366 patients to:

Randomisation was by minimisation controlling for baseline frequency of self harm, presence of conduct disorder, depressive disorder, and severity of psychosocial stress.

The participants in the trial were recruited from eight child and adolescent mental health services in the North West of England and were young people (aged 12-17 years) with at least two past episodes of self harm within the previous year. Patients were excluded from the research if they did not speak English, had low weight anorexia nervosa, acute psychosis, substantial learning difficulties, or were currently in secure care.

The results showed that group therapy was more expensive than routine care and did not improve outcomes:

The addition of this targeted group therapy programme did not improve self harm outcomes for adolescents who repeatedly self harmed, nor was there evidence of cost effectiveness. The outcomes to end point for the cohort as a whole were better than current clinical expectations.