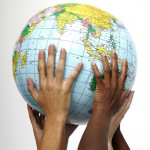 The WHO World Health Survey is a comprehensive international survey carried out across 70 countries, which uses face-to-face, telephone and online interviews to ask questions about the health of populations, public health risk factors, coverage and availability of health services and health care spending.

The survey includes a number of questions relating to mental health and the data is sometimes used by researchers to conduct research that investigates specific issues.

This cross-sectional study does just that; looking at the survey data to see if there is any relationship between psychotic symptoms and the general health status of the population in a specific country.

Over a quarter of a million people (55.9% women and mean age of 45 years) from 52 countries were involved in this study:

General health status was assessed using a 16-point questionnaire and data were weighted and standardised so that comparisons across different countries were possible.

The survey used the Composite International Diagnostic Interview to ask single questions about psychotic symptoms during the previous year, which included:

The researchers carried out a logistical regression analysis to investigate the association between psychotic symptoms and overall health status. Here’s what they found:

This type of research is fascinating but must be interpreted with caution, because the huge population included is so diverse and therefore very different from one another. Clearly a survey can tell us a huge amount about the health and lifestyle of different populations, but it is not the most reliable way of measuring disease prevalence or health status.