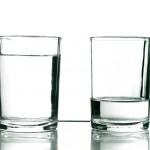 Since starting this blog two years ago, I have written about a number of studies that highlight the health inequalities faced by people with severe mental illness.

The evidence keeps piling up and it’s really quite shocking that we are not doing more to diagnose and treat physical health problems in people with conditions such as schizophrenia and bipolar disorder:

People with severe mental illness generally have more contact with the healthcare system and yet they are still living 15-20 years less than the rest of the population.

A new cohort study has recently been published in the American Journal of Psychiatry, which can be added to this list. It looks at the association between schizophrenia, comorbidities and death, in both inpatients and outpatients.

The authors (from Stanford University in California and Lund University in Malmö, Sweden) used data following over 6 million Swedish adults (aged 25 and older) from 2003-9.

8,277 people were diagnosed with schizophrenia during the 2 years prior to the start of the study.

Scandinavian cohort studies often provide us with much more comprehensive data than we would get elsewhere, because the outpatient and hospital registries in countries like Sweden provide virtually complete data sets.

The study population was followed for 7 years and comorbidities and mortality were assessed to ascertain whether people with schizophrenia had different risk profiles to those without schizophrenia.

Schizophrenia patients had markedly premature mortality, and the leading causes were ischaemic heart disease and cancer, which appeared to be under-diagnosed. Preventive interventions should prioritise primary health care tailored to this population, including more effective risk modification and screening for cardiovascular disease and cancer.

The findings of this study can be added to the growing evidence base that people with severe mental illness are not getting the care and support they need for other health conditions.

As the recent National Schizophrenia Audit reminds us, more needs to be done to monitor and manage the physical health of people with schizophrenia.