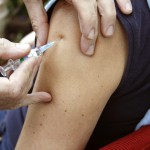 We know that people with schizophrenia who adhere to their treatment are more likely to experience sustained periods of time without psychotic symptoms. However, lots of patients find it hard to stick to the prescribed medication, so doctors sometimes recommend alternative treatments to try and encourage adherence.

Long-acting intramuscular injections are one option available to people who take antipsychotic drugs. A risperidone injection (which must be refrigerated) has been available for some time, which patients need to take every 2 weeks. A new systematic review from the Cochrane Schizophrenia Group looks at a different injection of paliperidone palmitate (a metabolite of risperidone), which patients take once a month and does not require refrigeration.

The reviewers carried out a gold standard search for randomised controlled trials that compare the effects of paliperidone palmitate with any other treatment for people with schizophrenia and schizophrenia-like illnesses. They found 5 trials (involving a total of 2,215 patients) to include in their meta-analysis.