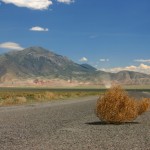 Late-onset schizophrenia is relatively common. Onset after the age of 40 years is reported in 23% of patients hospitalised with schizophrenia.

The condition is different from early-onset schizophrenia on a number of counts, including the response to antipsychotic drugs.

This Cochrane review set out to assess the effects of antipsychotic drugs for elderly people with late-onset schizophrenia.

The original version of this review was based on a literature search carried out in 2002. That search retrieved no trials that compared antipsychotic drugs with other treatments for elderly people (at least 80% older than 65 years) with a recent (within five years) diagnosis of schizophrenia or schizophrenia like illnesses.

This time around the reviewers carried out a comprehensive and systematic search, but still only found 1 study that they could include in their review, which provided little usable data.

There is no trial-based evidence upon which to base guidelines for the treatment of late-onset schizophrenia. There is a need for good quality-controlled clinical trials into the effects of antipsychotics for this group. Such trials are possible. Until they are undertaken, people with late-onset schizophrenia will be treated by doctors using clinical judgement and habit to guide prescribing.