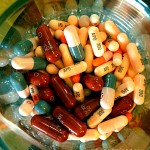 The frontline medications for schizophrenia are so-named “antipsychotics”, or more precisely, dopamine antagonists (Howes & Murray, 2014). It is not uncommon for additional medications to be prescribed however (Christison et al, 1991), particularly in patients who do not show much response to antipsychotics (Schooler & Keith, 1996).

One such ‘adjunct’ medication is lithium, normally indicated for treatment-resistant depression and bipolar disorder (Baldessarini et al, 2006). Lithium is not strictly speaking a dopamine antagonist. Rather, it appears to influence almost all neurotransmitter systems, so any efficacy in reducing psychotic symptoms cannot be linked to a specific biological mechanism (Jope, 1999).

The Cochrane Collaboration, known for their high-quality reviews and meta-analyses, recently published a systematic review of the efficacy of lithium as used to treat schizophrenia (Leucht et al, 2015). The aim was to assess whether lithium is an effective treatment for schizophrenia, whether used alone or in conjunction with antipsychotic medication. 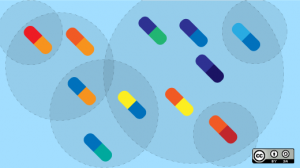 Antipsychotics do not work sufficiently well for many people with schizophrenia, who in some cases need additional medication or other treatments.

This review represents an updated search of the Cochrane Schizophrenia Group’s Study-Based Register of Trials, last conducted in 2012. This register pools from all major medical and psychological research databases. The authors included randomised controlled trials (RCTs) in which lithium was compared with placebo or antipsychotics, whether used alone or as an adjunct medication. Although nominally a review of lithium in the context of schizophrenia, data for schizoaffective and other psychotic disorders were also included.

Twenty-two studies were included, with a total of 763 participants with ages ranging between 26 and 72 years old. These studies were principally short, incompletely reported, and with small sample sizes. A high risk of bias was detected in many studies, resulting in an overall low methodological quality of the included samples. 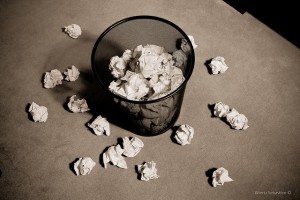 The Cochrane reviewers found no RCTs showing that lithium on its own is an effective treatment for people with schizophrenia.

Currently, there is no evidence that lithium is an effective treatment on its own for people with a schizophrenia diagnosis.

There is some evidence that combination treatment with lithium and antipsychotics is more effective than antipsychotics on their own, but this evidence comes from low quality studies prone to bias.

Lithium does not appear to have much to recommend it in the context of psychosis. Nonetheless, given the overall low quality of studies included, further research is necessary. The authors recommend larger, more well-conducted trials, focusing on patients without affective symptoms (e.g. depression) to establish whether lithium has an effect on the core symptoms (e.g. hallucinations & delusions). They also argue that a vital focus for future trials is schizoaffective disorder, for which lithium is frequently prescribed but without evidence for doing so.

Of course, for patients not responding to traditional therapies, even a small positive effect resulting from adjunct medications such as lithium is of value. The more heavy-duty antipsychotic clozapine may already fulfil this role however, as it has shown good efficacy for treatment-resistant psychosis (Essali et al, 2009).

There is an element of suck-it-and-see medicine at work here. As mentioned earlier, lithium impacts almost all neurotransmitter pathways, and is often used as a ‘mood stabiliser’. One can imagine that a clinician, having exhausted all other treatment options, may see the appeal of a non-specific drug with a broad ‘dampening’ effect on neurotransmitter function. The authors point out that lithium is frequently used to ameliorate aggressive behaviour, for example.

But if such a drug fails to produce any meaningful outcome beyond standard medication, its usage should be questioned. Antipsychotics already carry notable side effects, and each additional medication carries their own potential adverse effects. Lithium has known side effects, which most of the included studies failed to report on, and so may do more harm than good.

The authors stress that:

People with schizophrenia should be made aware of the lack of any empirical basis for the use of lithium as a sole agent for their illness. They should know that there is only very limited evidence that lithium is effective as an adjunct to antipsychotics. It should be kept in mind that the underlying evidence base was small and of low quality. 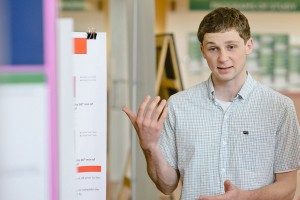 The reviewers say that further large and well-designed trials are justified in this area. What do you think?

Schoolr NR, Keith SJ. (1996) The clinical research base for the treatment of schizophrenia. Value of Psychiatric Treatment: Its Efficacy in Severe Mental Disorders, 29, 431-446. [PubMed record]