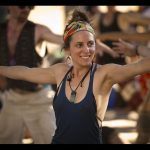 The negative symptoms of schizophrenia have previously been neglected as targets for treatment, despite carrying poorer long-term outcomes than positive symptoms such as hallucinations and delusions (Ho et al., 1998; Hunter & Barry, 2012; Lang et al., 2013). Negative symptoms, which include blunted emotion and anhedonia (difficulty experiencing pleasure), can have a profound impact on social and emotional functioning (Rabinowitz et al., 2012).

Few treatments for negative symptoms are available, and even fewer with a solid evidence-base (Elis et al., 2013). Arts therapies are the only treatment currently recommended by the National Institute for Health and Care Excellence (NICE) for alleviating negative symptoms (Bhugra, 2010). Still, the evidence base is rather thin, limited mostly to small-scale studies. Since the NICE guidelines were published, the first large randomised trial of art therapy was carried out, finding no significant effect on negative symptoms (Crawford et al., 2012).

Body psychotherapy is a type of art therapy based on a theory of body–mind functioning drawn from psychoanalysis, and is designed to improve emotional, cognitive, physical and social integration (Totton, 2005). A previous trial found that it reduced negative symptoms significantly, but had a small sample size and did not control for non-specific effects of physical activity (Röhricht & Priebe, 2006). Last month, the findings from a new multi-site randomised controlled trial (RCT) of body psychotherapy were published (Priebe et al., 2016). 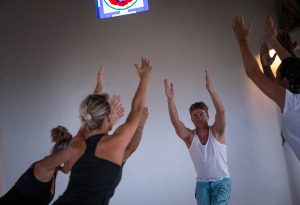 Body psychotherapy is a type of art therapy based on a theory of body-mind functioning drawn from psychoanalysis.

Body psychotherapy helps patients explore a range of expressive and communicative behaviours with the aim of reducing emotional withdrawal and improving social functioning. The components of body psychotherapy under examination were the body experience at a cognitive and emotional level, and how movement links with emotion.

Twenty manualised group sessions of body psychotherapy were compared with an active control arm consisting of 20 Pilates sessions. This allowed for non-specific effects to be controlled for, such as group interaction, physical activity and attention from the facilitator. Each group was facilitated by an accredited therapist trained to deliver the manualised intervention, supported by a co-facilitator.

Participants were recruited from community mental health services in London, Manchester, and Liverpool. Inclusion criteria were: diagnosis of schizophrenia, 18–65 years old, a Positive and Negative Syndrome Scale (PANSS) negative subscale score equal to or greater than 18, and no change of antipsychotic medication for 6 weeks.

Outcome measures were taken at baseline, end of treatment, and 6 months after end of treatment. The primary outcome was the negative subscale of the PANSS, alongside secondary outcomes including general psychopathology, positive symptoms of schizophrenia, physical expression and experience, patient activity, and quality of life. A 20% reduction in the PANSS score was considered clinically significant.

275 participants (predominantly white, male, unemployed, and living alone) were randomised, recruited between 2011-2013. There was good inter-rater reliability, meaning negative symptoms were scored similarly by all raters. There was relatively high attendance for both body psychotherapy and Pilates sessions.

The research team found a small reduction in mean PANSS negative symptoms between baseline and end of treatment for both groups (body psychotherapy group 1.5 (s.d.= 3.5); Pilates group 1.6 (s.d.= 3.8)). No significant difference was found between the experimental and control groups. 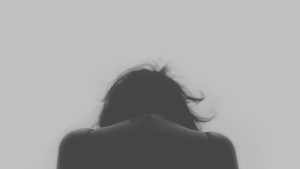 Body psychotherapy did not have a clinically beneficial effect in the treatment of patients with negative symptoms of schizophrenia.

No significant group differences between body psychotherapy and Pilates were detected regarding improvement in negative symptoms. There was an improvement in two secondary outcomes, namely expressive ability and movement disorder symptoms. However, these improvements yielded small effect sizes, implying a lack of a clinically meaningful benefit.

Large sample sizes maximise the chance of finding a significant group difference if one exists. That no differences were observed in this large, multi-site trial implies that body psychotherapy is not an effective treatment for the negative symptoms of schizophrenia. This is in contrast to a previous, smaller study which compared body psychotherapy with counselling (Röhricht & Priebe, 2006). Using Pilates as an active control, the current study likely controlled for non-specific treatment effects more appropriately.

It appears that what little benefit can be gleaned from body psychotherapy is non-specific, and could be conferred by similar group-based physical activities such as Pilates. This undermines the theory behind body psychotherapy, which involves an explicit conceptual approach, e.g. reconstructing a coherent ego structure through grounding and bodily awareness.

In the context of arts therapies as a whole, the findings contradict current NICE guidelines for the treatment of negative symptoms. However, the authors acknowledge that arts therapy is an umbrella term. Other large-scale RCTs should perhaps be conducted for other arts therapies (e.g. music therapy) before reaching a firm conclusion.

It is worth noting that this study, carried out by senior academics in the field, found a negative result and was published in a prestigious journal. We often hear about the bias towards publishing positive findings in academia. This publication bias is one of the principal factors contributing to the replication crisis in science (Ioannidis et al., 2014). This study is a good example of the benefit of pre-registering trials, an initiative intended to ameliorate this crisis. The current trial was registered on an online database ahead of data collection, and the study protocol detailing hypotheses, methods, and analyses was published three years ago (Priebe et al., 2013).

Overall, this study does not support group body psychotherapy as a treatment for negative symptoms of schizophrenia. Reviewing the effectiveness of different arts therapy modalities separately may be informative to determine whether existing guidelines should be more cautious in recommending art and body psychotherapy specifically, or whether this extends to arts therapies as a whole. 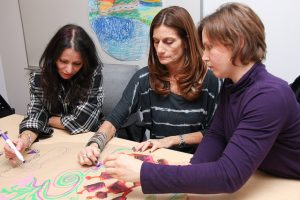 The evidence-base for arts therapies for mental illness remains relatively thin, but many service users report a positive impact of these interventions on their lives.

Bhugra, D. (2010). Schizophrenia, The nice guideline on core interventions in the treatment and management of schizophrenia in adults in primary and secondary care. National Collaborating centre for mental health.