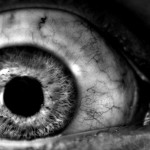 The newer second-generation antipsychotic drugs (Risperidone, Quetiapine, Amisulpride, Aripiprazole, Clozapine, Olanzapine) are promoted because they have a lower risk of extrapyramidal side effects than older drugs. Drug companies often promote these newer drugs as virtually free from extrapyramidal side effects, but the patients who take them and the clinicians who prescribe them often don’t agree.

Extrapyramidal side effects are a big deal. They include muscle spasms, muscle shaking, tremor and slurred speech, all of which can result in significant stigmatising of the people affected. In extreme cases these side effects can be lethal.

A new systematic review and meta-analyses has been published that provides head-to-head comparisons of the various second-generation antipsychotics, showing which extrapyramidal side-effects are most common with each.

The authors of this comprehensive review found 54 studies to include in their analysis.

People with schizophrenia who are treated with second-generation antipsychotics and experience extrapyramidal side effects are usually given anti-parkinsonian drugs, so use of this medication was used as the primary outcome.

Here’s what the review found:

Readers who love to read the detailed statistics will be delighted to hear that the free full-text article has all of the relative risk figures in the results section.

Our meta-analysis demonstrates that there are differences between the second-generation antipsychotics in their ability to induce extrapyramidal side-effects that clinicians consider warrant treatment with antimuscarinic [anti-parkinson] drugs. Even though the differences were relatively small, they might be important for individual patients and should be taken into account in drug choice.

Last reply was November 15, 2014
Try out our members features!