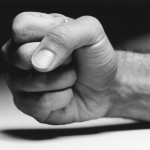 The hallucinations and delusions associated with psychosis can be frightening and may sometimes result in aggressive or violent behaviour. Of course, this can be incredibly challenging for the patient, but it can also be a real test for mental health staff who have to try and minimise the harm that patients do to themselves and others.

Haloperidol is an antipsychotic drug that is widely used to treat psychosis, but also has the benefit of calming people down and helping them to sleep. Clearly many patients don’t think of this rapid tranquillising effect as a ‘benefit’, but when agitation and aggression occur it can sometimes be useful for everyone involved. One of the key problems with haloperidol is the debilitating side effects it can cause, which have been described by many patients as worse than the psychosis itself.

An updated systematic review from the Cochrane Schizophrenia Group looks at the effectiveness and safety of haloperidol (compared to other drugs) for treating psychosis-induced agitation or aggression.  Led by Clive Adams for nearly 20 years, the Cochrane Schizophrenia Group has built a massive trial register of over 100,000 citations and nearly 8,000 papers. This incredible resource gives a great head start for researchers conducting systematic reviews in schizophrenia, because most of the searching work has already been done for them.

The review included 32 randomised controlled trials (RCT) comparing haloperidol (administered orally, intramuscularly or intravenously) with 18 other treatments. Unfortunately, most of the trials were small, at high risk of bias and unrepresentative of real-world practice.

Patients on haloperidol are sometimes prescribed other drugs (in addition) to help reduce the side effects of the haloperidol. The review found the following impact of these combinations:

If no other alternative exists, sole use of intramuscular haloperidol could be life-saving.

Where additional drugs to offset the adverse effects are available, sole use of haloperidol for the extreme emergency, in situations of coercion, could be considered unethical.

Addition of the sedating promethazine has support from better-grade evidence from within randomised trials. Use of an alternative antipsychotic drug is only partially supported by fragmented and poor-grade evidence.

Evidence for use of newer generation antipsychotic alternatives is no stronger than that for older drugs.

Adding a benzodiazepine to haloperidol does not have strong evidence of benefit and carries a risk of additional harm.

After six decades of use for emergency rapid tranquillisation, this is still an area in need of good independent trials relevant to real world practice.