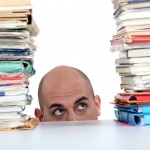 NICE Guidelines state that around three quarters of people with a diagnosis of schizophrenia experience a chronic illness: with recurrent episodes of remission and relapse.  One way that chronic physical health conditions, such as diabetes and heart disease, are managed is by using early warning signs (EWS) training and this prevention strategy is now often carried out in routine clinical care for schizophrenia.

EWS training works on the idea that if the person with a chronic illness and/or their family and carers are trained to notice early signs of relapse or worsening health, effective implementation of relapse prevention plans and responsive care might delay or prevent further decline.  In the case of schizophrenia, prevention of acute relapse may also avoid re-hospitalisation.

Learn, detect and recognise the early warning signs of future illness … [this] requires detailed history taking, sometimes with additional techniques such as diary keeping, completion of questionnaires and a plan of action based on anticipated early warning signs.

However, EWS interventions vary considerably from one clinical service to another even in the same locality in terms of availability and delivery, and so those clever Cochrane boffins decided it was time for a systematic review of the available evidence.  Morriss et al (2013) reviewed the available literature to determine whether EWS training plus treatment as usual (TAU) showed any significant benefit over TAU alone. Morriss et al’s paper is a systematic review of studies which assess the effectiveness of training to recognise the early signs of recurrence in schizophrenia.  The authors used a wide range of search terms in the Cochrane Schizophrenia Group Trials register, searched within papers’ reference lists, and used personal contact to obtain any unpublished data, including from any on-going trials recorded in the NHS National Research Register. They included RCTs where the participants were adults over the age of 16 with a diagnosis of schizophrenia or a non-affective, non-organic serious or chronic mental illness based on standardised psychiatric criteria.

They found 32 RCTs and 2 cluster-RCTs that satisfied their criteria for inclusion (so, 34 studies were used in total) – comprising a total of 3554 randomised people. Once these studies had been identified as appropriate, the data was extracted and analysed in order to compare the effectiveness of EWS intervention plus TAU versus TAU alone (where TAU could include psychological therapy, as long as this did not involve EWS training).  (Other secondary objectives were also outlined but are omitted for the sake of brevity).

The following results were found for the primary objective (to compare the effectiveness of EWS intervention plus TAU versus TAU): The main difficulties the authors faced when trying to determine the effectiveness of EWS training was the poor quality of the evidence reported, and the heterogeneity between studies. The ‘very low’ quality of evidence meant that it was not possible to say whether EWS training would have the same benefit in everyday practice as was found in the analysed clinical trials.

The authors also warn that because the EWS training was mainly delivered as part of another psychological intervention isn’t entirely clear how far it is possible to attribute the positive effects found to the EWS training itself.

Further, for the secondary outcome results, there was a large variation in the choice of measures used, making combining the data impossible – and resulting in conflicting results.

The authors of the review suggest that for people with schizophrenia, EWS training:

May reduce the likelihood of relapse and readmission, as well as reduce the length of hospital stay when … part of a more complete package of care

In their recommendations to clinicians, the authors ultimately conclude that it is unclear whether EWS training would be useful to include in treatment programmes and state that the evidence was not such that it could reliably inform clinical decisions.

So – as I always liked to conclude in university essays, and as is so often the case: further research is required…!

The key question requiring further attention is whether EWS training alone – rather than as an element of psychological therapy incorporating other ideas too – would be effective.  Currently, the evidence for this is insufficient (which I think is a shame – the theory sounds pretty promising). Morriss et al also suggest that future trials of EWS interventions should report data on relapse, re-hospitalisation, quality of life and economic burden.

Quick!  To the ethics committees!

Schizophrenia: Core Interventions in the Treatment and Management of Schizophrenia in Adults in Primary and Secondary Care (Updated edition) (PDF) NICE CG82 March 2009.