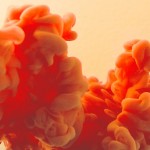 Our limited understanding of the molecular basis of schizophrenia has restricted our ability to apply research findings in the clinic.

Antipsychotics are the mainstay of treatment, but they have low success rates (~60%), disabling adverse effects, damaging impact on physical health, and poor patient outcomes following ineffective treatment are well documented in the literature.

The authors of a new paper published last month in npj Schizophrenia (Martins-de-Souza et al, 2015) examine the effects of antipsychotics on the blood plasma profile of 58 acutely ill schizophrenia patients who were either antipsychotic naive (n=23) or antipsychotic free for >6 weeks (n=35). Plasma was collected again after 6 weeks aiming to find early response markers.

They were treated with olanzapine (n=18), quetiapine (n=14) or risperidone (n=26). Response was defined as a 50% reduction of the corrected total Positive and Negative Syndrome Scale (PANSS) scores. Response rate was similar in both groups and consistent with the literature at 61-63%. Plasma was analysed by a standard liquid chromatography mass spectrometry (LCMS) procedure where plasma proteins are digested, analysed and reconstructed with software.

The 36 patients that responded to treatment showed 41 significantly changed proteins which were involved in 7 biological pathways.

The other 22 patients who did not respond to treatment had 58 significantly changed proteins that corresponded to 8 biological pathways, 7 of which overlap with the responders.

However, antipsychotics lead to counter-regulation of proteins in 2 pathways; “protein metabolism” and “regulation of nucleic acids”, in addition to proteins with unknown function.

In the regulation of nucleic acids pathway:

Proteins with an unknown biological process: 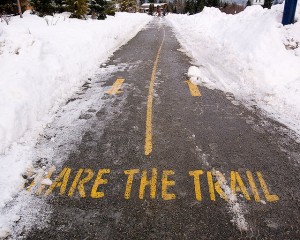 All patients had essentially the same biochemical pathways triggered, independent of their response to antipsychotics.

It is difficult to draw any firm conclusions from the findings. The population was recruited in a standard way and the population under consideration is representative of real-life patients. Classification of patients into responders and non-responders was standardised, with psychiatric assessments. As a technique, shotgun mass spectrometry is objective and it can detect a wide breadth of proteins (~1,000 proteins in this study, which is typical for this method). However, this technique requires technical validation and this was only performed on 1 protein. With scanning mass spectrometry, proteins cannot be targeted for measurement and this leads to the next difficulty; the low protein overlap, in spite of the high pathway overlap.

In 3 protein groups highlighted by the authors as being counter-regulated; specific protein overlaps showed that counter-regulation was not consistent. Taking this into consideration and the poor overlap between cohorts, we can assume that the bulk of the changes are broadly related to medication and not necessarily the clinical response to medication.

It could be that there were too few patients to detect subtle changes as many fold changes showed a huge disparity between responders and non-responders and this seemingly exaggerated response is probably due to the low peptide count, which was common across the significantly changed proteins where many were based on a peptide count of 2 or 3 (proteins are generally made up of tens of peptides or more). However, finding a number of proteins in the same pathway adds validity to the findings and makes them generally more convincing.

The authors show that responders and non-responders have some differences in their plasma protein levels after 6 weeks but it would have been useful if the authors had compared the results of responders and non-responders at baseline as it could have helped in identifying proteins that could predict drug response. A valuable outcome is the possibility of using objective measurements to assess the success of a drug trial and this is in line with NICE guideline [CG178] which suggests a trial of “medication at optimum dosage for 4–6 weeks” (NICE, 2014). 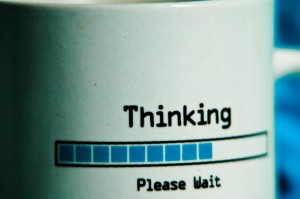 These findings may help design new treatments for schizophrenia that are based on biologically relevant pathways.

One weakness in the study is its combination of patients on different medicines into one group. The CATIE study showed “that patients who experience a poor response to one drug may be an optimal responder to another antipsychotic” (Clark et al, 2011), suggesting that stratifying by drug is a pre-requisite to a drug response study, like this one.

Unfortunately, no attempt was made to correct for the potential impact of smoking, BMI or medication type, even though this information was listed.

The authors propose using biochemical pathways instead of individual proteins to explain the disease state and medication effects. This would make sense considering the redundancy of biological pathways. However, quantifying this would be difficult to say the least and making clinical use of it even more so.

It would be interesting to see if the proteins and pathways identified herein are affected by or associated with the proteins identified in the study conducted by Schwarz et al (2012), where the authors use a different technique to try to predict drug response.

What this article highlights in abundance is how little we know about the effects of schizophrenia on the body. It is hoped that this concept is replicated in larger cohorts with the aim of validating these findings to progress this research into the clinic. 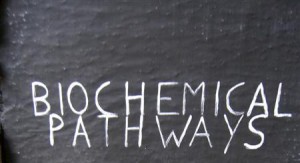 The authors propose using biochemical pathways instead of individual proteins to better explain schizophrenia and the effects of antipsychotics.