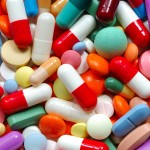 Schizophrenia is considered a chronic long-term debilitating condition, affecting about 1% of the population. There has been considerable debate about which of the anti-psychotic medications are the best treatments. The debate has usually been structured around typical (older) and atypical (newer) anti-psychotic medications. The revised NICE guidelines (2009) moved towards a more neutral stance between atypical (newer drugs) and typical (older drugs) anti-psychotics.

This aimed to compare fifteen antipsychotic drugs across seven domains including effectiveness/efficacy (symptom reduction PSYRATS or BPRS), and all cause discontinuation, side effects including Extrapyramidal Side Effects (EPSE), weight gain, prolactin increase, QTc prolongation, and sedation. The authors conducted a Bayesian-framework, multiple treatment meta-analysis. ‘Results for our primary outcome challenge the dogma that the efficiency of all antipsychotic drugs is the same.’

‘Antipsychotics differed substantially in side-effects and small but robust differences were seen in efficacy. Our findings challenge the straightforward classification of antipsychotics into first-generation and second-generation groupings. Rather, hierarchies in the different domains should help clinicians to adapt the choice of antipsychotic drug to the needs of individual patients.’ The reviewers found small but statistically significant differences between drugs.

It’s interesting to note the differences between the anti-psychotics which might help to challenge some clinician’s beliefs that certain drugs (atypicals) are better than others despite evidence to the contrary (see here). There is clearly a need for a more individualised approach to prescribing which involves negotiation and cost-benefit analysis for each individual service user/patient taking into account the potential side effect profiles and benefits of each drug. The authors suggested that cost appears to becoming a less issue, although atypical anti-psychotics are  more expensive especially when new to the market.

Dosing still appears key, although this is not really clear from this review, often trials which compare atypicals with typical anti-psychotics use typical doses above the 7.5 mg Haloperidol or less recommended for treatment of acute psychosis (see here). Some side effects are dose dependent. Further analysis needs to factor this in.

There were some limitations with the review some drugs are not currently used in the UK, others have a good evidence base underpinning them but not included in the analysis, for example, sulpiride and perphenazine. There were some potential problems with the analysis, for example, the use of all cause discontinuation as a proxy measure of acceptability.

Last reply was 5 months ago