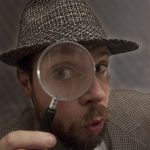 When I first read Dr Lennox’s paper on the prevalence of serum neuronal cell surface antibodies in first-episode psychosis, I immediately thought of Sherlock Holmes.

Not just for the investigative work (although arguably this paper represents an excellent investigative work, chasing what is a rare biological phenomenon) but rather because Sherlock Holmes describes many cases of brain fever as an:

Acute reaction to stress that is psychiatric in nature, perhaps representing a transient situational disturbance or a brief reactive psychosis. (Caplan, 1987)

While I am sure that the cases described by Holmes were not the same patients described in Lennox’s paper, these accounts demonstrate the continuous fascination that we have always had with the idea that our immune system may go awry and attack the brain, resulting in behavioural disturbances. In this sense, this is what happens to Lennox’s patients.

The paper (Lennox et al, 2016) describes patients with a first-episode psychosis, that is, at the onset of a mental health disorder that presents with bizarre or persecutory ideas held with unshakeable conviction, auditory hallucinations (‘hearing voices’) and changes in the mood ranging from profound depression to elation or irritability that are out of character with the individual. Some of these patients remit, while others continue with a life-long disorder that over the years takes the shape of schizophrenia, bipolar disorder, or severe depression with psychotic symptoms. 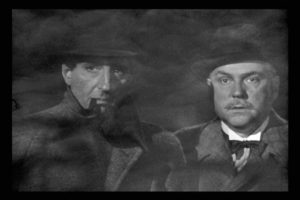 In this study, 228 such patients were assessed as soon as possible after they had their first contact with psychiatric services; indeed, all patients had less than 6 weeks of treatment with antipsychotics, the medication of choice in these situations.

The study finds that seven out of the 228 patients (3%) had anti-N-methyl-D-aspartate receptor (NMDAR) autoantibody in the blood, compared with none of the matched healthy subjects.

Antibodies are large complexes of proteins released by the immune cells in the blood and that bind to exogenous substances (for example, a bacteria) in order to facilitate its recognition and elimination from the body. This is a life-saving mechanism, which protect us from infections every day.

However, it can go wrong, when antibodies become autoantibodies and start attacking parts of our own body, for example our joints or our internal organs, causing conditions that are defined as ‘autoimmune disorders’.

In rare cases, the autoantibodies turn against the brain, and induce ‘encephalitis’, that is, neurological conditions that may present initially with psychiatric symptoms but then rapidly deteriorate into severe, and at times fatal, disorders characterised by changes in memory and reasoning abilities, epilepsy-type fits, rapid fluctuations in blood pressure and other bodily functions, and abnormalities in movement. The anti-NMDAR autoantibody can cause such severe encephalitis. Yet, those seven patients in Lennox’s study did not have any of the encephalitis symptoms; except, of course, the psychiatric symptoms. 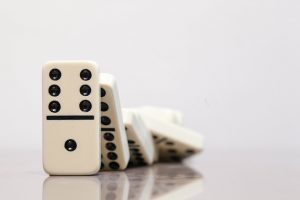 This study does not show whether the NMDAR antibodies are a cause or consequence of psychosis.

So why is this study important? Three main reasons:

First, it reiterates the importance of biological mechanisms in inducing behavioural disturbances. The NMDAR receptor is nowadays a ‘usual suspect’ in the pathogenesis of psychosis. Genetic variants in the NMDAR gene have been associated with increased risk of schizophrenia, while blockade of NMDAR with a pharmacological tool produces the full spectrum of symptoms seen in schizophrenia. It is possible that, in a small number of individuals, the psychotic symptoms are driven by a blockade of the NMDAR by the autoantibody that binds to it.

Second, it reminds us of the importance of conducting a full medical screening for patients during their first episode of psychosis. All sorts of medical and neurological conditions, from metabolic and endocrine disturbances to brain tumours, can present with symptoms that resemble schizophrenia but that are treatable by addressing the underlying disorder. In the (rare) cases where the medical condition is in fact an encephalitis, the patient can respond to immunotherapies akin to those for autoimmune disorders.

Third, it reinforces the notion that mental health problems are not disorders only of the mind, or indeed only of the brain, but are disorders of the whole body. Autoantibodies are produced by cells in the blood and the spleen, but then they reach the brain and change behaviour. In other conditions, such as depression, the activated immune system in the blood does not seem to involve autoantibodies but equally affects brain function at a cellular and functional level, contributing to depressive symptoms (Cattaneo et al, 2016). 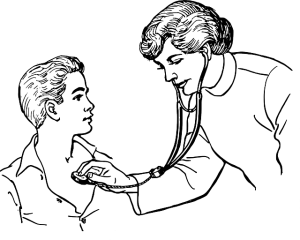 This study suggests that the only way to detect these potentially pathogenic antibodies is to screen all first-episode psychosis patients at first presentation.

There are however also two important limitations.

First, there is no evidence that these seven patients had indeed an encephalitis-like syndrome, or would respond to immunotherapy. In fact, even considering all patients that had evidence of other brain-specific autoantibodies (n=20), their symptom profiles were identical to those of the other patients who did not have any autoantibodies. Clinical trials with immunotherapies in this very small group of patients are required, but are hindered by the rarity of the event.

Second, because of the rarity of the event, these studies have produced conflicting findings. Reassuringly, the increased levels of NMDAR autoantibody have been confirmed by two reviews and meta-analyses of the previous studies, in schizophrenia (Pollak et al, 2014) as well as depression and bipolar disorder (Pearlman et al, 2014). Whether other types of brain-specific autoantibodies are raised in psychosis, or indeed in other mental disorders, remains to be confirmed.

Once you eliminate the impossible, whatever remains, no matter how improbable, must be the truth.

Well done to Dr. Lennox for sticking to the recommendation of her fellow detective and for pursuing a line of research than many would have seen as ‘impossible’ only a few years ago, and that now is potentially changing biological psychiatry.