Home » Posts » Mental health » PTSD » And if we do nothing? A new systematic review explores natural PTSD remission rates 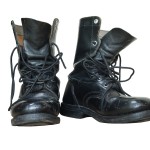 Post-traumatic stress disorder (PTSD) is a significant global issue. We know that a range of psychological interventions can help (Bisson & Andrews, 2007). We know too that in some cases, these interventions can work in an incredibly short space of time, say following a week of intensive cognitive therapy for PTSD (Ehlers et al, 2014).

However, and most importantly, we also know that there is an almost incalculable prevalence of untreated PTSD globally, particularly in conflict zones, following natural disasters or other areas where access to quality mental health services is at best limited, but often non-existent.

So the question that interests Morina et al in a new study published in Clinical Psychology Review is; what happens when PTSD goes untreated? Or more specifically, what data is there on remission rates based on long-term outcome studies, and how does this differ depending on the nature of traumatic exposure? Despite good evidence for psychological therapies, many people with PTSD do not receive treatment

The authors searched PubMed, PsycINFO and the PILOTS database (US National Centre for PTSD) for observational studies published since 1980; when PTSD first appeared as a formal diagnosis in the DSM-III. The authors also hand searched several relevant journals and performed an iterative bibliography search on citations published in selected articles. Inclusion criteria for studies were as follows:

The study’s primary outcome was the percentage of participants meeting criteria for PTSD at assessment (baseline), but not at follow-up – the length of which varied between studies.

A random effects model was used, because analysis showed substantial heterogeneity of data. Similarly, because prospective studies are prone to large drop-out rates, an overall prevalence rate of PTSD in drop-outs was calculated (which, incidentally, suggested that PTSD rates were 1.3 times higher in drop-outs).

The initial search produced 21,029 citations; a review of which led to 99 eligible studies. A further 57 studies were excluded due to duplications or missing data. Therefore, a total of 42 studies were included, with an aggregate sample of 81,642 participants (mean age 42.3, SD=11.7, 48.8% male) spanning five continents. No other characteristics of the included studies (e.g. demographic data, or presence of co-morbid depression or anxiety at assessment) were significantly associated with PTSD remission rates. The authors began by highlighting that, particularly after a follow-up of ten months or more, the rate of remission in PTSD varies greatly.  But importantly, they identified that it does not increase over time:

Perhaps most surprising is the finding that remission from PTSD does not increase with longer observation periods… The reviewed studies do not support the notion that “time heals all wounds”.

The authors rightly identified that future research should focus on preventative interventions for PTSD, as well as treatments.

They hypothesised that the low PTSD remission rate following traumatic physical illness could be explained by the potentially chronic nature of ongoing physical problems inhibiting their ability to recover psychologically. This reviews suggests that remission from PTSD does not increase with longer observation periods. In other words, time does not heal all wounds

There was considerable heterogeneity in the data. For example, a range of PTSD assessment measures were used and follow-up length was broad.

Several factors, such as co-morbid depression or anxiety, weren’t featured in the majority of the studies, so findings in these areas are limited. Similarly, data on rates of remission from childhood trauma were not included in the study.

As the authors identified, the self-report measures of PTSD focused on symptoms within the previous month. This may produce a false positive in remission rates, where people were asymptomatic during that time, however were not fully in remission.

Another important limitation for me is that many other factors, such as peri-traumatic psychological processes and access to social support have a huge part to play in the development and maintenance of PTSD. This study tells an important part of the story, but there are many more processes that require our full understanding, as these will guide future treatments. Put simply, who naturally recovers from PTSD and why? Who naturally recovers from PTSD and why?

In some respects, this study tells us a huge amount. It tells us, for example, that just under half of people with PTSD will experience natural remission after a (very approximate) average of a few years. It does so using a large sample size which crosses five continents. It also tells us that people who are exposed to natural disasters are significantly more likely to recover than those with a physical illness, however no other differences regarding nature of trauma were observed. Importantly, the study also tells us that, for those whose symptoms persist, they do so regardless of length of follow-up.

This begs the question though, what distinguishes those who naturally recover from those who don’t? In this respect, the study tells us very little and clinically, this is crucial information (though arguably this was not in the study’s remit). Furthermore, despite the large sample size, considerable heterogeneity undermines the strength of the findings.

Last reply was February 17, 2017
Try out our members features!