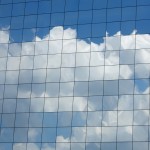 The #UnderstandingPsychosis blog we published last week has quickly become the most popular post in the history of this site. It has also been quite a controversial blog, which has resulted in some vitriolic and emotive outbursts on Twitter.

Having had a few days to let the dust settle, I thought it was a good time to reflect on what has happened over the last few days. Today’s blog is not about the content of the Division of Clinical Psychology report, it’s about the process we went through to produce our response, the ensuing discussion that took place on this blog and on Twitter, and the role that the Mental Elf plays in the ongoing debate about mental health evidence.

One of the most disappointing aspects of the debate that’s taken place over the last few days, is that it has sometimes turned into a bun fight between what some view as the opposing models of psychology and psychiatry. There have been inappropriate and abusive comments from many directions and we hope that these can be minimised or completely avoided in future.

Samei Huda explored this issue in his contribution to the blog and in his subsequent comments. I’m in agreement with Samei that the psychological and medical models are complementary. This seems an obvious point but one worth making; that service users will benefit most by being offered a range of services and treatment options, although clearly we need to have reliable evidence to support the use of these services and treatments.

The impression I had a number of times during the (sometimes heated) debate on Twitter, was that old battle lines were appearing and that the opposing camps of psychologists and psychiatrists just needed a few emotional buttons to be pressed before they donned their war paint and ran screaming into the skirmish.

Thankfully there were far more conciliatory voices than aggressive ones, but it’s sometimes hard to be calm and placatory when the tweets are flying! 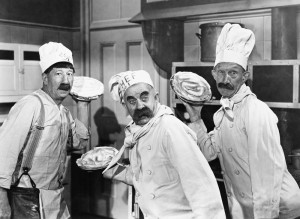 Put down your pies guys.

The pros and cons of social media

This leads me on nicely to one of the most surprising aspects of the whole experience; that being how different people have responded to the use of Twitter in the context of this #UnderstandingPsychosis debate.

As our regular readers know, we elves love Twitter! We’ve used it for years and have been huge advocates of it, largely because (in our experience) it is one of the few places where everyone has a voice. This is especially important in the world of mental health, where service users, carers and sometimes professionals struggle to be heard, to take control and to engage in conversations about care.

We have found social media especially powerful when it comes to gaining access to the filter bubbles of other communities and bringing together traditionally disconnected groups of people. Our most successful blogs have provided a platform for service users, clinicians, researchers, bloggers and others to discuss mental health research, on a level playing field. That has sometimes resulted in really quite marvellous insights for our readers and for those of us running the website.

You can understand our surprise when we received a tweet last week suggesting that the discussion should stop on Twitter and should instead take place in journals and at conferences. I hope that the hugely negative response to this suggestion from our followers will help persuade those who hold this view that social media is a positive tool if it is used responsibly.

Although I’m a Twitter fan, I also recognise it is not a perfect system for debate. I’m frustrated by it’s limitations on a daily basis and I’m learning how to use it more effectively all the time. As an aside, we plan to run more webinars on the Mental Elf next year, as we believe that meeting people with audio and video will provide a far richer format for discussion. 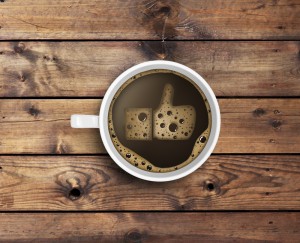 Let’s keep using social media in a positive and constructive way to learn from each other.

What is the Mental Elf?

Many people have challenged us over the last few days. We have been accused of writing a biased critique of the #UnderstandingPsychosis report, of focusing too much on the negatives, and of siding with the psychiatric model (whatever that means!).

We asked two psychiatrists (Alex Langford and Samei Huda) and one psychologist (Keith Laws) to write our blog, playing to their strengths and their areas of expertise. Some have said this is unbalanced given the subject of the report. I would argue that the #UnderstandingPsychosis report itself had a rather skewed team of people working on it; exclusively psychologists and service users. Now clearly, service users and psychologists need to be well represented on any group writing a report about psychosis, but surely psychiatrists and nurses and social workers and others also have a part to play?

The aim of this website has always been to help people keep up to date with new evidence and to provide personal and expert views of the strengths and weaknesses of that evidence. We select dozens of items each week that we could write about from a huge stream of guidance, research, policy documents and reports that rain down on the woodland. We choose stuff that we think will be relevant to mental health practice (primarily in the UK) and what we select is often (but not always) what you would call the best available evidence in the field.

Sometimes a piece of evidence comes along that we view as important but flawed. This was the case with the #UnderstandingPsychosis report, which clearly has a great deal of useful and relevant information for service users, health and social care professionals of all backgrounds.

We chose in our blog to highlight the limitations of the report and deal with three specific areas that we felt needed clarification (CBT, medication and the psychological/biological models). Our decision to present an alternative view on these topics was informed by our knowledge of the existing research evidence. We felt that the report did not present an evidence-based summary of these issues and so we sought to pick up on these limitations.

We highlight the limitations of research every week and sometimes this becomes the main purpose of the blog. We’ve tagged many of these blogs with ‘Unfounded Claims’ so you can peruse previous pieces in this vein. 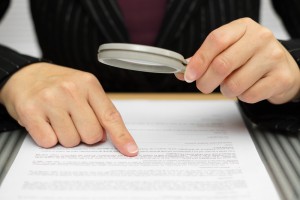 Critical appraisal will always be a core part of what we do.

Perhaps the most satisfying part of running this website for the last 3 years has been seeing the way that a community has grown up around the elf. We now have thousands of people reading our blogs and tweets every day, but more than that we have an active, discerning and passionate group of individuals who want to engage with the evidence.

When we publish controversial blogs as we did last week, the response is instant and the community quickly tell us what they think. This is often a no holds barred, heartfelt response from people who have lived with a mental health condition for years. Sometimes it’s an angry reply from a professional who resents that we are ‘misrepresenting’ or ‘undervaluing’ their preferred method of treatment. We recognise the sensitivities that exist and do our best to take these into account when blogging and tweeting. However, our primary duty is to present the strengths and limitations of the evidence in front of us, by applying reliable critical appraisal techniques and summarising the material in a usable format. That’s what elves are good at and that’s what we will continue to do.

The joy of social media is that we have a diverse, international audience to get involved as peer reviewers of our work. If we make a mistake, forget to include some vital information or ignore an interesting critical angle, we hear about it pretty quick! Unlike journal articles we can make instant changes and keep an audit trail of the discussion and the adjustments. 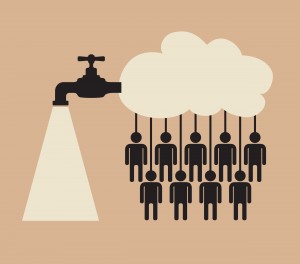 Pure, clean, unbiased knowledge is easier to tap into with the power of the crowd behind it.

Thank you and keep on elfing

So, big thanks once again to Keith Laws, Alex Langford and Samei Huda for writing the #UnderstandingPsychosis blog last week, and for participating so thoughtfully in the Twitter discussion that followed and is still ongoing.

Thank you also to everyone who read the original blog and made it to the end of this reflective piece from me. I hope it has encouraged you to engage more with evidence and strengthened your resolve to join in with future discussions like this. As always, if you have a comment, please leave it below or contact me via Twitter.

It’s not a new thought, but I am left with further resolve to work more collaboratively in future. We are all in this together and we will improve care most effectively if we recognise that fact and work to achieve shared goals.