Home » Posts » Mental health » psychosis » “Won’t you be my neighbour?” Psychosis and violent reoffending: does where you live matter? 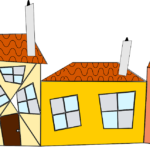 The issue is important clinically, sociologically, and politically. Global prison populations and rates of reoffending are on the rise, and data show that prisoners with a comorbid psychiatric disorder have higher rates of reoffending than those without. Better understanding what drives such processes (in those with and without mental illness) would allow more appropriate socioeconomic or clinical inputs. However the challenges with such work are considerable, not least obtaining robust data sets that can be assayed with confidence, and methodological rigour in the area of determining causal links beyond ‘associations’. As if this wasn’t already difficult enough, such work is typically with a highly vulnerable and frequently multiply stigmatised population; a cohort that can keep tabloid headline writers luridly busy, particularly if findings are misunderstood or misinterpreted.

Unperturbed by these enormous hurdles, Sariaslan and colleagues step-up to redress the gap in our knowledge of the relationships between neighbourhood influences and rates of reoffending in their naturalistic observational study of prisoners released in Sweden (Sariaslan et al, 2017).

The authors utilised eight nationwide registers in Sweden to follow-up prisoners who had been released between 2003 and 2013. They examined time varying associations between three objective measures of neighbourhood characteristics: median income, proportion of individuals receiving welfare benefits, crime rate and subsequent reoffending. Importantly, to account for other potential influencing factors such as genetics and childhood risk factors, the authors compared each individual against themselves across time. 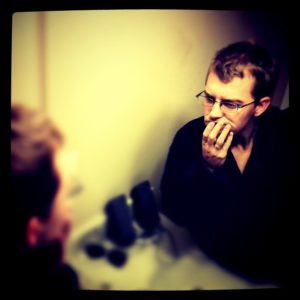 For psychotic disorders, the proportion of variation in violent reoffending risk explained by neighbourhoods was 13.5%, but this was not significant when the prisoners were compared to themselves over time.

This study found that absolute rates of reoffending were higher in those with a psychiatric disorder and in those prescribed medication for a psychiatric disorder. Furthermore, median income, proportion of welfare recipients and crime rate in the neighbourhood all independently predicted subsequent violent reoffending risk at the population level.

However, examination of individuals across time revealed that none of these associations remained significant, even when accounting for alternative exposure variables (e.g. individual-level income, welfare benefits and residential mobility) and different types of neighbourhoods. Residing in a socioeconomically disadvantaged neighbourhood did not impact rates of violent reoffending; any influence of neighbourhood was likely to be minimal.

This was methodologically an exceptionally rigorous body of work with a very large, representative sample size. Having individuals act as their own control served to remove potential confounding variables from individual differences.

Further stratification of the populations may help identify if any specific psychiatric disorders, illness severity, medication and offence types influence rates and type of reoffending crime and if they are moderated and/or mediated by neighbourhood influences.

As noted by the authors, Sweden is a comprehensive welfare state compared to other high-income countries, potentially impacting cross-country comparison. Replicating this methodologically sound study in other contexts may help support their conclusions. However, larger socioeconomic differences do not a priori imply causality and selection mechanisms always need to be controlled for.

This is an important piece of work that throws out a finding counter to others on the topic, and perhaps against expectation and preconceptions. With regards to the former, past influential studies reporting the significant role of socioeconomic factors in the cause of violent criminal reoffending lack much of the rigour of this current work, particularly in their ability to adequately control for (unmeasured/difficult to measure) confounders. With regards to the latter, well, science shows us the world as it is, not as we wish or expect it to be.

Any neighbourhood influences on criminal reoffending behaviour seem minimal at best. One important implication to draw from this piece of work, noted by the authors, is that efforts to rehouse ex-prisoners in less deprived residential areas may not necessarily reduce rates of reoffending. However, returning to the aforementioned issue of preconceptions, it is critical to state what that does not mean, or how this should not be (mis)interpreted: neighbourhoods and social factors may matter for outcomes that the authors have not studied. The findings should not be taken to mean (and the authors do not propose) that we should be indifferent to such aspects of our patients’ lives. This fine piece of work has multiple direct and indirect take home messages: a core finding on a lack of environmental causality on reoffending in those with psychoses; but other key lessons in methodological rigour, and (for us all) clarity in how we report and interpret what we find. Let us not perpetuate stigma against those already so very vulnerable. 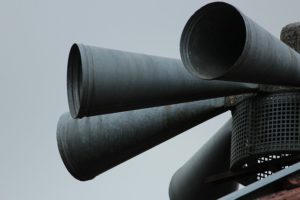 We must be careful how we report and act on this evidence. Let us not perpetuate stigma against those already so very vulnerable.