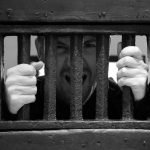 Recent news reports have highlighted that prisons in England and Wales are in a state of crisis. The increase in the numbers of prisoners is one of the most startling features of the social policy landscape of the past twenty-five years. It is all the more remarkable that this increase and its impact have not been, until relatively recently, the centre of any concentrated political debate.

The bold numbers are shocking in themselves:

On average it costs around £38,000 per year to imprison someone and one has to ask whether these huge sums of money represent the best use of public funds. Recidivism rates are poor with 73% of those aged under 18 years sentenced to custody reoffending within 6 months of release.

In addition, serious questions are now being asked about how safe prisons actually are, with 88 suicides in prisons in England and Wales in 2015. Put this bleak figure alongside reports of violence towards staff, bullying and lack of constructive activities and the result is a toxic mix.

The prison crisis is a worldwide phenomenon and 10 million people are in prison across the globe. Ava DuVernay’s brilliant Netflix documentary 13th shows the USA leads the way in this epidemic of incarceration. Over two million Americans are currently in jail and prisoners are overwhelmingly from poor, marginalised, urban communities.

The above is the context in which this new paper needs to be read (Fazel et al, 2012). One of the major concerns of academics, policy makers and campaigners who seek to reduce the numbers in prison, is that many prisoners experience mental illness. In addition, there are concerns that this group of prisoners do not receive appropriate care and treatment. This excellent new research explored the key issues in this area and makes important policy recommendations that will be examined below. 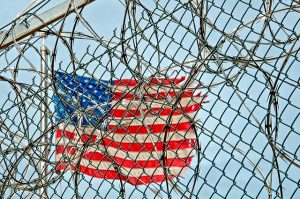 How can the problems experienced in the US prison system be avoided in the UK?

The authors discuss some of the technical and methodological issues related to prevalence studies. These include the fact that self-report approaches and lay interviews can lead to overestimates of prevalence compared to studies carried out by psychiatrists or psychologists.

Despite these caveats, the authors note that there is a consistency amongst findings: 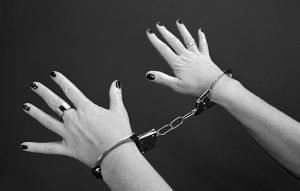 In looking at these issues, it is important to note that prisoners are clearly not a cross section of the population. The risk factors for suicide and self-harm (such as a history of abuse and trauma) are much more common in this cohort. This makes the identification of those most at risk even more problematic.

The final area that the research examines is violence and victimisation. People with mental health problems are more likely than other groups in the general population to be subject to violence. Violence is almost taken as a given of daily prison life but there is little research that examines its prevalence. Studies indicate that physical assault is 13-27 times more common in prison than in the community. The prison culture makes it difficult to carry out work in this area as assaults are likely to be under-reported, mostly because of the possible consequences of being seen as an informer. The review indicates that both male and female prisoners experiencing mental health problems were more vulnerable to sexual violence and physical assault. 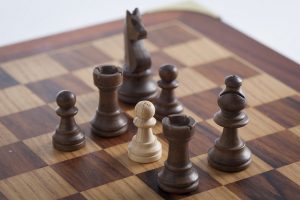 Prisoners are at increased risk of all-cause mortality, suicide, self-harm, violence and victimisation.

This detailed piece of work demonstrates that the rates of mental disorder are higher amongst prisoners than the wider community. This is particularly the case for serious mental disorders such as psychosis and depression. In addition, about 20% of prisoners have a substance misuse problem.

Features of the prison environment (higher levels of violence, bullying and intimidation alongside the availability of new psychoactive substances such as spice) increase the risks to mental health.

The paper makes a series of welcome policy suggestions on how prisons can tackle these issues. These include:

In a nutshell, these recommendations are calling for the current best practice in community mental health to be applied to the prison setting.

The Trencin Statement issued by the WHO (2008) states that:

Prisoners shall have access to the health services available in the country without discrimination on the grounds of their legal situation.

This paper shows how far we are from that position, but also the importance of taking that statement seriously and addressing these issues. Individuals, families and communities will benefit if we do.

Alongside these developments, society needs specialist treatment to help it overcome its addiction to imprisonment; that is a political and cultural issue that important work like this can assist. 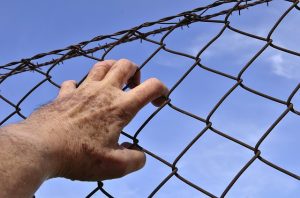 Corston J. (2007) The Corston Report: a report by Baroness Jean Corston of a review of women with particular vulnerabilities in the criminal justice system (PDF). Home Office, Mar 2007.