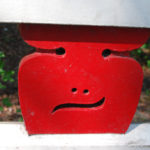 Alcohol and mental health is a messy business so be wary of anyone who makes definitive assertions about the relationship between the two. You can pick any combination of a drug and mental health problem and it is unlikely we have credible straightforward advice to offer an individual or their family on the risks they face or what works when they experience problems.

So it’s not surprising that the authors of a new systematic review published in the British Journal of Psychiatry found conflicting evidence of what works for people who are diagnosed with both a personality disorder and problematic alcohol use (Newton-Howes et al, 2017). As if this wasn’t bad enough, there is therapeutic pessimism among clinicians in relation to this client population. It was these factors that motivated this team of researchers to review the evidence. Specifically looking into how well or not people diagnosed with personality disorder fair in treatment for alcohol problems. 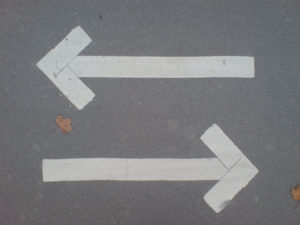 This review looked at the size and direction of the association between personality disorder and the outcome of treatment for alcohol use disorder.

The team searched for trials and longitudinal studies published between 1980 and 2015 which used psychosocial and/or pharmacological interventions. The primary outcomes were focused on quantity and frequency of alcohol use and time to relapse. Two further outcomes were added following the search, retention in treatment and scores on the Addiction Severity Index (PDF) as these were found to be reported frequently in the studies retrieved.

It is not uncommon for systematic reviews like this one to be limited by variation in reporting methods and participants. So the authors made the decision to undertake a narrative analysis of the quantitative studies where these could not be included in their meta-analysis.

The prevalence of personality disorder ranged from 34% to 71% in the 22 studies finally included. In itself such prevalence margins are interesting, although these parameters are not uncommon in research into mental health and substance use, they indicate how usual rather than exceptional such combinations are. This makes these dual problems everyone’s business rather than the domain of a specialist.

It is worth quoting the authors directly:

The overall quality of the evidence was very low, suggesting one high quality study could significantly alter the findings of this review.

Of the 22 included studies, 13 met the eligibility criteria to be included in the meta-analysis. But not all 13 were able to be used for each outcome due to reporting differences.

Researchers and research funders – listen up! A single, large, well conducted randomised controlled trial would significantly further our knowledge in this area.

Meta-analysis does not work magic; this method is only as good as the included trials. The authors come clean on the specific factors that limit the interpretation of their analysis. These include missing data and crucially the significant number of participants that were lost to follow up in the studies they included. Understanding why people leave research trials is important, as it can suggest that the treatment intervention is ineffective for them, potentially leaving only those who benefit from the intervention who are ‘easier’ to treat. This distorts the true effectiveness of such an intervention for this type of treatment population.

The authors were thorough and rigorous in their search for relevant studies. They are equally candid about their own limitations and having reviewed the evidence are in a good position to take a macro view of the quality of the research on this issue to date. 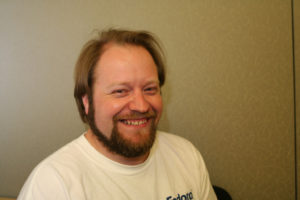 This review, open to doubt as it is, found that people diagnosed with personality disorder do as well in alcohol treatment as everyone else.

As the authors of this review highlight there is an emerging reconceptualisation of personality disorder as a dimensional approach, which suggests those that need clinical intervention represent maladaptive extreme versions of the same traits present in normal personality. In other words, we are all on a continuum in terms of our personality, just as we are on a continuum with our physical and mental health; – and under certain conditions any of us are susceptible to clinically significant personality traits dependent on our circumstances. For some, these can become more ingrained and lead to coping strategies that might not be helpful to them in the long-term, such as using alcohol.

Research suggests a growing level of support for people diagnosed with personality disorder, and models have emerged such as the five-factor model which focuses more upon normal and abnormal personality functioning and includes traits where people may be thought to fluctuate between ‘normal’ levels and clinically significant levels that indicate areas for intervention.

Importantly there is now a revised perspective on personality utilising a continuum approach, which focuses upon moderate or greater impairment in personality functioning. Allowing personality traits and functioning to be assessed regardless of a diagnosis, providing clinically useful information and a more informative understanding/formulation. This is the focus of many services; to understand via formulation and a psychologically informed approach of the individual, as opposed to labels and the frequent stigma known to be attached.

This approach avoids therapeutic pessimism and the potential exclusion of certain individuals from interventions that could improve their quality of life and sense of worth. The dimensional approach has the added bonus of reducing the likelihood of personality disorder as a diagnosis of exclusion and recognises that everyone is at times susceptible to shifts in their personality, impacting upon their affect regulation, interpersonal effectiveness and sense of self; to name a few examples.

At times some people have great difficulty in negotiating their view of the world and themselves in it, which is not a reason for exclusion from treatment, but instead a helpful indicator of how you might work with someone having such an experience.

The National Institute for Health and Care Excellence (NICE) in its most recent guidance on personality disorders does acknowledge the bi-directional relationship with alcohol but offers little in the way of specific advice about how to intervene (NICE, 2015).

Overall this review provides hope and that’s no small thing for these patients or the clinicians who work with them. In fact, the authors provide the best kind of hope: evidence based hope. 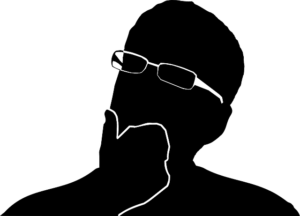 Better quality trials focusing on personality disorders: is that too much to ask?