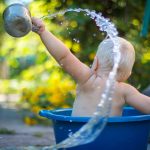 Obsessive Compulsive Disorder (OCD) is an anxiety disorder characterised by the presence of obsessions or compulsions and is the fourth most common anxiety disorder, with an estimated prevalence of 2-3% (NICE, 2005).

The authors of a recent study aimed to explore a broad range of risk factors and a potential causal link between OCD and perinatal factors. The study authors utilised a longitudinal, population-based cohort study and attempted to control several covariates and shared familial confounders. 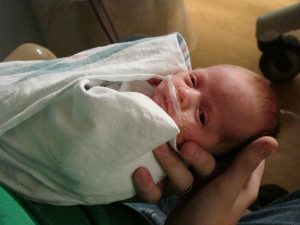 This huge cohort study sought to establish links between perinatal complications like low birth weight and later development of OCD.

The study utilised a population-based birth cohort study of singleton births in Sweden from 1973 to 1996 which included 2.4 million children. The data used in the study was drawn from the Swedish Medical Birth Register, which includes data from 99% of all pregnancies delivered in Sweden. Individual level data was linked using the National Patient Register, the Swedish Multi-Generational Register, Migration Register and the Cause of Death Register.

The prenatal exposure data was retrieved from the Swedish Medical Birth Register. The exposures assessed in the study were:

The authors controlled for multiple covariates as part of the data analysis:

The authors also conducted a subgroup analysis of sibling comparison to assess exposure within a shared environment.

There was an inverse dose-response association between gestational age and OCD, the risk of OCD was highest in the very pre-term (<32 weeks) (HR 1.61; 95% CI 1.35 to 1.91). The sibling comparison yielded a similar pattern with the highest risk being associated with very pre-term births.

There was also an inverse relationship between birth weight and associated risk of OCD with the highest risk in the lowest birth weight category (HR 1.72; 95% CI 0.94 to 3.14). The risk estimate was of a similar magnitude in the sibling comparison analysis.

This study suggests that a range of perinatal factors may be associated with higher risk of obsessive compulsive disorder.

The authors concluded that maternal smoking during pregnancy, breech presentation or delivery by caesarean section, preterm birth, low birth weight, being large for gestational age and APGAR distress scores were associated with a higher risk of developing OCD.

There was also a dose-response association where the greater the number of adverse events equated to an increased risk of OCD.

The associated risk factors for OCD were independent of shared familiar confounders which suggests that perinatal risk factors may be a causal pathway for OCD.

This study utilises a large population-based cohort study that sought to identify the potential perinatal risk factors for OCD. Previous studies were often small, retrospective in design and based in clinical specialisms that were unable to rigorously control for environmental and genetic confounds. The study attempted to control for confounds such as socioeconomic status and comorbid diagnosis via fixed-effect modelling and also compared exposure within siblings.

The risk factors identified suggest that the foetal environment may lead to adverse effects subsequently in life and that further investigation into the impact on brain and physical development may reveal mediating pathways.

The main limitation in the study was the exclusion of monozygotic twins, which would have allowed for the assessment of differential environmental exposure. Sibling comparisons don’t allow for conclusions of causality to be made due to low statistical power, and they are also sensitive to bias as other exposures in the environment may be related to the exposure and not the outcome.

Rather than being unique to OCD, the presence of risk factors identified appear to confer a general risk to neuropsychiatric disorder. The study understandably was not able to identify specific causal mechanisms to OCD and proved a model which explained how perinatal risk factors lead to the development of OCD and how this varied between subtypes of the disorder. This is outside the scope of the paper and it’s important that further research addresses these areas to develop a plausible explanation of developmental trajectories towards the development of OCD, which may allow tailored treatments to be developed or preventative interventions to be delivered. This paper is very interesting, but the research offers little to inform clinical practice or prevention. 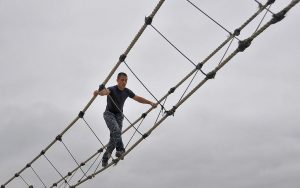 Future research should focus on establishing why specific perinatal factors may lead to individuals developing OCD.

Last reply was December 22, 2016
Try out our members features!