Home » Posts » Mental health » depression » Why is it so difficult to measure the prevalence of depression in people aged 75 and over? 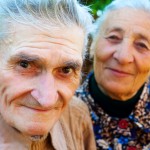 A number of reviews have been published in recent years, which explore the prevalence of depression in old people. Prevalence rates vary enormously from one study to the next and so the reviews tend to report quite a wide range, typically up to 10%.

Prevalence is defined as: “a measure of the proportion of people in a population who have a disease at a point in time, or over some period of time”.

This new systematic review from researchers at the University of Leipzig aimed to provide age-specific and gender-specific prevalence rates for major depression in people aged 75 and over.

The reviewers found 24 studies to include in their meta-analysis and they were a mixed bag in terms of quality (around half were of poor quality, a quarter were of moderate quality and a quarter were high quality).

Despite the wide variation in estimates, it is evident that latest life depression is common. To reduce variability of study results, particularly sampling strategies (inclusion of nursing home residents and severe cognitively impaired individuals) for the old age study populations should be addressed more thoroughly in future research.