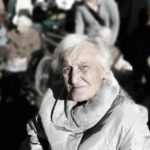 This is the second in a series of Mental Elf blogs produced in partnership with the British Journal of Psychiatry. Each month we select a new paper from the BJPsych to be blogged by a young psychiatrist with research experience. We’re really excited about this new venture and look forward to highlighting important new evidence that has implications for practice. And now, over to Andrew Sommerlad for the second blog!

At least one in twenty elderly people have major depressive disorder and two to three times as many have sub-threshold depressive symptoms (Meeks T. et al., 2011). They specifically are at risk of depression due to physical illness, bereavement and increasing social isolation.

The core features of depression in old age are the same as in younger populations:

A range of effective treatment options are available, including medication, psychological and social therapies, but rates of older people in treatment are lower than young adults (Rodda J. et. al. 2011). This is because depression is more difficult to detect as symptoms are incorrectly attributed to physical illness or dementia (Wells C. et. al. 1979), and due to therapeutic nihilism (Burroughs H. et. al. 2006).

Though stopping short of recommending screening, NICE does suggest that clinicians are alert to people who may have depression (NICE, 2009).

The authors of a new systematic review (Tsoi et al, 2017) set out to determine whether people with depression can be identified by an extremely short screening test.

Answering yes to either of these questions is considered a positive test result, warranting further assessment. 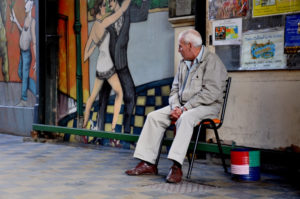 Rates of older people in treatment is lower than young adults because depression is more difficult to detect and there can be therapeutic nihilism.

This study is a systematic review and meta-analysis of studies evaluating how the two-question screen performed compared to other instruments. The authors scrutinised review articles to generate a list of depression screening instruments and then searched four scientific databases looking for studies assessing the accuracy of the instruments they found in identifying depression in people aged over 60 years, compared to gold-standard diagnosis using accepted criteria. The authors excluded studies not written in English.

Two researchers extracted information from the included studies about their publication year and location, participants, measurements and results. The authors adapted a rating scale for assessing study quality. Random effects meta-analysis combined the sensitivity, specificity and diagnostic odds ratios from different studies for each screening test. Sensitivity analyses investigated whether diagnostic performance differed in studies of major depressive disorder compared to less severe depression, and for people from clinical settings and nursing homes, compared to those recruited from general populations or primary care.

A new test’s performance is measured against a ‘gold-standard’ more thorough and established test. The perfect new screening test would be brief and easily administered to many people, and should agree completely with the gold-standard, i.e. identify correctly everyone who has the illness and not mis-diagnose anyone who is healthy. As this is rarely possible, a trade-off is needed. A test usually aims to pick up almost all unwell people, but it is ok if it identifies as potentially unwell, some people who eventually prove to not have the illness. These ‘false positives’ can be given a clean bill of health later when more thoroughly assessed.

The following measures of test performance are used in this study:

The authors identified 132 eligible studies including 40,000 people, of whom nearly 7,000 had depression, and assessing 16 instruments. The instruments ranged from the 30 question Geriatric Depression Scale (GDS) to a ‘one question screen’.

From the six studies evaluating the two question screen, for which significant heterogeneity in results was found, the combined:

This compared to other commonly used instruments:

Results for the two-question screen held up when only studies of major depressive disorder were assessed (sensitivity = 89.8%, specificity = 66.2%). The instruments for which comparison between clinical and community settings was possible seemed to be more accurate in clinical settings. 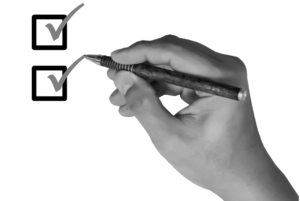 The two-question screen’s sensitivity was 0.92 and its specificity was 0.68.

The authors conclude that the two-question screen is comparable in its accuracy to other instruments so suggest that, considering its acceptability due to its brevity and ease of use, it should be favoured over other instruments in screening for depression in older people.

Overall, this is an informative and well-conducted study which aids our understanding of screening instruments for depression in the elderly. The methodology was appropriate and the authors’ conclusions are accurate. However, the reporting of this study could have been more thorough and some caution is needed when interpreting the results. 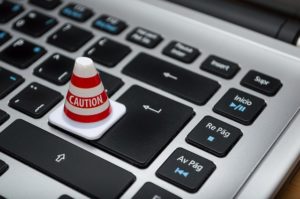 This is an informative and well-conducted study, but the reporting could have been more thorough and some caution is needed interpreting the results.

This study summarises the published evidence and finds that the two-question screen is of equivalent quality to other brief instruments for detecting depression in older people, so can be easily used by clinicians to identify those who need more thorough assessment.

Though screening is not recommended, this instrument’s performance is equivalent to those used in national screening programmes.

Considering depression’s prevalence and the high number of at risk older people who are in contact with healthcare services, including these two simple questions in your assessment might help to make a difference. 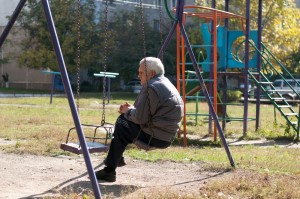 Including these two simple questions in your assessment might help to make a difference.