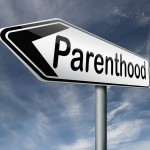 Depression in late adolescence is a major public health concern, not least because it is strongly predictive of persistent, adult depression, which can have a severe effect on socioemotional functioning, education and employment. Increasingly, depression research is turning its attention to the matter of prevention of depression rather than exclusively focusing on treatment options and the identification of early-life risk factors is a vital topic of investigation.

Evidence suggests that postnatal depression (PND) is connected to problematic child development because of the negative effect of depression on caregiving at a time when a child is particularly dependent on parents, but that this risk is moderated by socioeconomic status. However, the evidence for an independent association of PND with offspring depression is inconsistent, sample sizes have been small and studies have focused on offspring up to the age of 16 years.

Emerging evidence is questioning the near-exclusive focus on PND and offspring depression; antenatal depression (AND) has been associated with independent risks for child development and a key question asks whether the mechanisms for the transmission of risk from mother to fetus differ from those related to maternal depression during the child’s life. This first-of-its-kind, large-scale, prospective cohort study set out to answer the following questions:

The research team, led by Dr Rebecca Pearson from the University of Bristol, explored data gathered from the singleton child sample of participants from the Avon Longitudinal Study of Parents and Children (ALSPAC), a long-term health research project which recruited more than 14,000 mothers during pregnancy in 1991 and 1992. They conducted a prospective investigation of data from more than 4,500 parents and their adolescent offspring of associations between symptoms of AND and PND with offspring depression at age 18. The children of women who were antenatally depressed were 1.28 times more likely to to have depression at age 18 years Treating antenatal depression could help to prevent depression in offspring. Yoga in the park anyone?