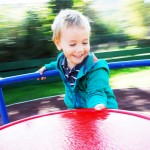 The NICE guideline for depression in children and young people was published way back in September 2005.  Any elf worth his salt will tell you that a whole heap of evidence has been published since then, so it’s good to see an evidence update appear this week from NICE, which brings together research published from 17th Aug 2010 to 14th Jan 2013.

A group of experts including psychiatrists, psychologists and primary care specialists has compiled this update.

Perhaps unsurprisingly given the long delay since the guidance was published, some of the new evidence found does have a potential impact on the existing NICE guideline: Other key points were also made in the update, but these don’t have any impact on existing guidance:

This work also flagged up two new treatment uncertainties that have been added to the UK DUETs database: