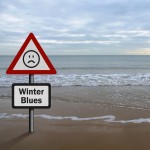 Seasonal affective disorder (winter depression) is a type of depression that recurs in the autumn and lasts until the spring. It is similar to regular depression except sufferers are usually very tired and have an increase in their appetite. It is more common in countries with few daylight hours in winter.

People with seasonal affective disorder may be offered a range of treatments included antidepressants, talking treatments or light therapy.

The lack of available evidence precludes the ability to draw any overall conclusions on the use of second generation antidepressants for seasonal affective disorder. Further larger RCTs are required to expand and strengthen the evidence base on this topic, and should also include comparisons with psychotherapy and other second generation antidepressants.

Last reply was April 2, 2012
Try out our members features!