Home » Posts » Mental health » depression » Placebo for depression: are some sugar pills better than others? 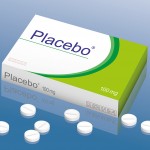 The placebo effect refers to the effect of a simulated or otherwise ineffectual treatment. It has been known about for quite a long time now (since at least 1784) and placebos are often used as control treatments in trials of medicine. The idea here is that the medicine should outperform the placebo (commonly a sugar pill) in order for it to be regarded as efficacious. (If you’re looking for a placebo primer, you should read Ben Goldacre’s piece for The Guardian from March 2008).

A very interesting series of papers and letters has been published in BMC Medicine looking directly at the placebo effect in relation to depression and the use of antidepressant medication.

Naudet and colleagues (2014) argued in their introduction that some practitioners and researchers consider that most of the antidepressant efficacy reflects the placebo effect. They also noted that antidepressants have been rank ordered in terms of efficacy by Cipriani and colleagues. Naudet et al suggested that if both of these assumptions are correct then it should therefore be possible to rank order placebos, even though the placebos contain the same ingredients – sucrose. They compared the effects of placebos for Fluoxetine and Venlafaxine, two commonly prescribed antidepressants. The evidence is piling up to suggest that the placebo effect is a genuine psychobiological phenomenon.

Naudet et al appear to have used appropriate inclusion and exclusion criteria. They reviewed studies involving adults with a diagnosis of “major depressive episode” and they compared the placebo arms of trials of Fluoxetine and Venlafaxine. This resulted in three different types of placebo:

Trials over a twenty year period were considered. Only reports in English, French and Spanish were included. Published and unpublished studies were sought using appropriate search terms. Studies were assessed for quality and two network meta-analyses were run. The dependent variables used were response and remission. Publication bias was also explored. The often heated debate about the real efficacy of antidepressants shows no sign of fizzling out any time soon.

Very interestingly, Naudet et al took a very critical stance on their own results. They noted that their results suggest that choice of placebo is not important, that antidepressants proved superior to placebos and that “sucrose equals sucrose”. That is, placebos perform equally well.

However, they suggested that some of the assumptions on which research in this area are based may be flawed. They further noted that the indirect comparison may have had low statistical power. Most interestingly, they highlighted a substantial difficulty with publication bias. They asserted that “antidepressant research is completely controlled by the pharmaceutical industry” and emphasised that of 33 unpublished studies where they asked for data from pharmaceutical companies, they were denied access to data on 30 occasions. All of the studies included in their analysis were sponsored by pharmaceutical companies. Naudet et al opined that no firm conclusions can be made based on these results. The three placebo treatments did not differ in terms of response or remission.

Naudet et al were relatively critical of their own results but also of those of a previous study conducted by Cipriani and colleagues. Cipriani and Geddes responded in a commentary. They argued that Naudet et al’s attempt to look at the placebo effect in a scientific way was commendable. However, they suggested that Naudet et al were too critical of their own results and that valid conclusions can be drawn from imperfect evidence. They highlighted the other part of the results which suggested that some antidepressants are more efficacious than others. They concluded that placebos should continue to be used as a control in trials of antidepressant medication and that clinicians should combine the most effective medications with some level of therapeutic contact to enhance the effects of treatment.

Naudet and Falissard responded to the commentary by highlighting that their paper was intended to provoke a response. They were in agreement with Cipriani and Geddes that care plays a key role in the treatment of people diagnosed with depression.

To be perfectly honest, I have read all of these papers a few times now and still haven’t made up my mind about what the results actually mean. As a psychologist I have been thinking in particular about how they might apply to my own discipline but have been left scratching my head in confusion.

Naudet et al have definitely succeeded in writing a thought provoking piece. I would encourage Mental Elf readers to delve into this for themselves! Prescribing a placebo does not equate to no treatment, because the healthcare setting itself should include all kinds of supportive and therapeutic elements.

Goldacre B. All bow before the might of the placebo effect, it is the coolest strangest thing in medicine. Bad Science, 1 Mar 2008.

Last reply was February 9, 2015
Try out our members features!