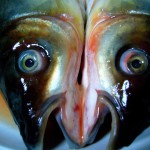 This recent Cochrane systematic review was done to investigate the evidence base for omega-3 fatty acid supplementation (n-3PUFAs) as a treatment for major depressive disorder (Appleton et al, 2015).

Fish oil supplements are big business, but the claims that the manufacturers lay to the supplements’ potential health benefits seem rather dubious; the recent NHS Choices report on supplements came to the conclusion that fish oils are largely unnecessary. So it’s good to review the evidence for this to help people make informed decisions.

The Cochrane Common Mental Disorders Group objective with this review was:

To assess the effect of n-3 polyunsaturated fatty acids, also known as omega-3 fatty acids, versus a comparator for major depressive disorder in adults. 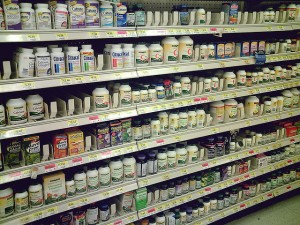 Dietary supplements are big business, but is the evidence sufficient to support their widespread use?

As you would expect, the study follows the Cochrane protocol, which is deemed good practice.

The review included only RCTs in which omega-3 fatty acids were used either as the sole treatment or an additional treatment (added to, for example, psychotherapy or antidepressant medication) for major depressive disorder. RCTs were included regardless of their quality, but an assessment of the risk of bias in nine areas was completed for each trial.

The included studies had to enrol participants with a primary diagnosis of major depressive disorder or a subgroup of them. They were included regardless of participants’ comorbidities and regardless of patients’ use of adjunctive (other) therapies. Adjunctive therapy took the form of antidepressant therapy in all studies, some studies also included psychotherapy.

Studies were excluded if participants had a primary diagnosis of other psychiatric conditions, or a diagnosis of MDD given only during/related to pregnancy.

The reviewers put in substantial effort to find papers. They searched the Cochrane Depression, Anxiety and Neurosis Review Group’s Specialised Register as well as international trial registers. They also searched CINAHL, but as they found nothing in it in September 2013 that they hadn’t already found somewhere else, they didn’t bother to use it for the subsequent searches in May 2015. They didn’t restrict by language, date, or publication status, to make sure the search found as many relevant articles as possible. They also went through the reference lists of all included studies and relevant reviews to see if they could identify any additional studies that way. Authors of included studies were contacted for information on ongoing or unpublished studies or to request additional trial data.

In total, 26 studies were included, with a total of 1,458 participants. 25 studies investigated omega-3 fatty acids vs. placebo, one study used antidepressants as comparator.

Many of the included studies were small. Half the participants came from just three trials.

The studies used a great variety of methods for recruitment and were very diverse as to the populations included with regard to age, recruitment setting, comorbidities.

Secondary outcomes were dichotomous data on depressive symptomology (i.e. rates of remission and/or response), quality of life, and failure to complete.

All studies provided continuous data on depressive symptoms. The final analysis found that omega-3 fatty acids seemed to be more effective than placebo, but only marginally so: the standard mean difference was -0.32 (with a 95% CI from -0.52 to -0.12). This represents a difference between groups in HDRS (Hamilton Depression Rating Scale; a 17-item scale to measure depression) scores of around 2.2 points (95% CI 0.8 to 3.6).

The number of adverse events was similar on both groups, but the reviewers point out that, as the confidence intervals are so wide, effects could range from 5% reduction to 62% increase of adverse events in the omega-3 fatty acids group.

The reviewers found no evidence of differences in remission or response rates, or in quality of life. For failure to complete, the picture is similar to that for adverse events, suggesting effects could range from a 38% reduction to a 14% increase in study withdrawals in the omega-3 fatty acids group.

The reviewers used the GRADE criteria to classify the available evidence for all these outcomes, and in all cases found the quality of evidence to be low or very low.

As the studies were so varied, it made no sense to combine results for analysis. Instead, the researchers conducted a number of subgroup analyses. They separated trials using individuals with comorbidities from those without and looked at groups using adjunctive therapy in comparison with not using adjunctive therapy. The analyses found some small effects, but as the included studies were small and heterogenous and the confidence intervals were very wide, the results from these are inconclusive at best. 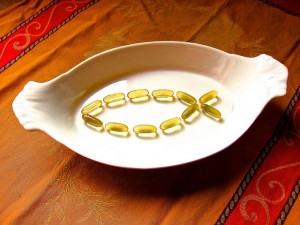 The review found a “small-to-modest, non-clinically beneficial effect of n-3PUFAs on depressive symptomology compared to placebo”, but the low quality of studies makes this estimate “imprecise”.

This review is a textbook example of how systematic reviews are only ever as good as the evidence that goes into it. It is a very well-conducted review, which brings together a lot of poor or very poor evidence. Most of the trials that were included were of poor quality, at moderate to high risk of bias, and short in duration. In a significant number of trials, both groups studied were taking antidepressants and one group was taking omega-3 fatty acids in addition to that.

The reviewers mention this in their conclusions. They also point out that their analyses rest largely on the findings from three big and well-conducted trials. In addition, they point out two things that may have skewed the results in favour of a treatment effect: the inclusion of studies that are at high risk of bias, and as the presence of publication bias in this area. Both these factors would help skew the results towards finding a treatment effect for omega-3 fatty acids where there actually isn’t one, or where it’s smaller than the analyses say.

To recap, the treatment effect that was found was a standard mean difference of -0.32, which equates to a difference in HDRS scores of 2.2 points. This is below the NICE-recommended 3-point cut-off for clinical significance. The true effect, as the reviewers say, may be even less due to various sources of internal bias as well as publication bias in this area.

These findings are in line with other evidence on omega-3 fatty acids for depression, which have found little or no benefit.

The reviewers conclude with a plea for better evidence, which is justifiable in the face of the sub-par quality of the evidence here. Especially interesting would be a well-conducted trial of omega-3 fatty acids as compared to a conventional antidepressant. 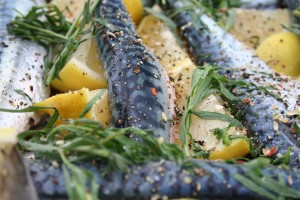 General health advice is to eat two portions of fish a week, one of which should be oily, such as fresh tuna, mackerel or herring.