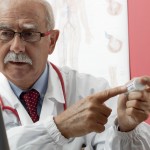 While clearly curbing the amount of antidepressant prescriptions, concerns have been voiced that this step has led to underutilisation and, in fact, increased suicide rates (e.g. Dudley et al., 2010). A recent meta-analysis by Isacsson & Alner (2013) evaluated data from Swedish national registers with regard to this question. Concerns have been voiced that warnings about SSRIs have led to underutilisation and, in fact, increased suicide rates

The authors acquired toxicological data of all suicide cases from 1992-2010 with casualties aged between 10 and 19 years. In total, 845 samples were screened for therapeutical levels of antidepressants and compared with the quantity of national antidepressant dispensation before (1992-2002) and after introduction of label warnings (2003-2009).

This result contradicts the rationale for the ‘black box’ that antidepressant treatment might be a risk factor leading to suicide in children or in adolescents. Retrospective analyses of health records are limited in what they can tell us about causation.

While this cross-sectional analysis gives a succinct overview of all adolescent suicide cases in Sweden, it cannot answer the question whether deprivation of antidepressants truly caused increases in suicides. It is just as likely, especially considering the low “prevalence” of suicide, that this correlation is mediated by other circumstances, such as economic or social factors. Unfortunately, only completed suicides were assessed and there is no mentioning of suicidal behaviour.

Owing to ethical and practical limitations, it will probably remain unclear, for the near future at least, whether SSRIs spur suicidality in this patient population. What is more, SSRIs differ a lot in terms of elimination half-life, which could have biased the sensitivity of post-mortem toxicology. For instance, while paraxotine’s half-life is lower than 24 hours, fluoxetine can maintain half of its pharmacologic potential for more than two weeks. This issue might be particularly relevant, as the authors imply that post-mortems detect antidepressants at therapeutic concentrations. Likewise, it remains unclear why all mood elevating drugs are collapsed into a single category – antidepressants- while suicidality warnings were aimed at specific pharmaceutical, e.g. SSRIs.

Isacsson and Alner establish an observational relationship between curbed antidepressant prescription and increased suicide rates. While this might seem an intuitive inference, a myriad of speculations prevents straightforward interpretation. Together with the limitations raised above, it would be premature and highly irresponsible to acquit SSRIs based on these data alone. Instead, the decision to prescribe antidepressants to pediatric patients should be even more carefully weighted. Crucially, parents should be informed about these possible side effects and awareness for SSRI-induced suicidality raised. It remains to be seen whether increased prescription rates are really the blessing Isacsson and Alner proclaim.