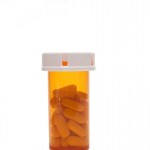 A large number of systematic reviews and guidelines have been published in recent years to assist clinicians in prescribing the best antidepressants for treating depression. This new meta-analysis conducted by researchers from Austria and the US, sets out to compare the benefits and harms of second generation antidepressant drugs in the treatment of major depressive disorder.

The research team conducted a systematic search of databases and various sources of unpublished data. For the assessment of efficacy, they sought head-to-head RCTs of at least 6 weeks’ duration comparing two drugs (placebo-controlled studies were included for indirect comparisons). For harms, they examined data from both RCTs and observational studies (including at least 1,000 patients, with follow-up of ≥12 weeks).

They included 234 trials in total, 118 of which were head-to-head studies. Unsurprisingly, the majority of trials included were sponsored by the pharmaceutical industry.

Current evidence does not warrant recommending a particular second-generation antidepressant on the basis of differences in efficacy. Differences in onset of action and adverse events may be considered when choosing a medication.

Prescribers of antidepressants may be interested in the comparative adverse events table found on page 780 of the paper (see PDF link below).

Last reply was December 24, 2011
Try out our members features!