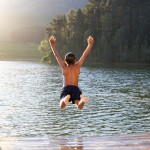 This is perfect timing from the chaps at the Cochrane Depression, Anxiety and Neurosis Group. After all the hubbub about exercise and depression a few weeks ago, it’s great to read an updated version of their systematic review that looks at the effectiveness of exercise in the treatment of depression.

Exercise seems to improve depressive symptoms in people with a diagnosis of depression when compared with no treatment or control intervention, however since analyses of methodologically robust trials show a much smaller effect in favour of exercise, some caution is required in interpreting these results.

This is clearly an area where the evidence is being strengthened all the time. New studies are being published quite regularly and these will of course be included in future updates of the review.

There’s nothing in this updated review to suggest that people who exercise to help with their depression should stop, but similarly it does not provide us with strong evidence that exercise has a strong effect on depression for the population as a whole.

I’ll keep you up to date with this story when the Cochrane review is next updated and of course I’ll keep an eye out for major reviews, trials and guidelines in the field as well.

In the meantime, I’m off for my morning paddle in the river with the other elves.  The sun’s come out in our neck of the woods for the first time in weeks, so we’re going to get some exercise and some vitamin D all at the same time!